Two events occurred in 1955 that forever changed sports car racing in America: Chevrolet introduced the small-block V-8 in Corvette, and Road America held its first race. Since then, America's iconic sports car and "America's National Park of Speed" have been inextricably linked. This weekend's Time Warner Cable Road Race Showcase, the sixth round of the 2011 American Le Mans Series, and its companion event, the Corvette World Tribute, will highlight the longstanding love affair between Corvette enthusiasts and the scenic 4-mile, 14-turn track.

We are celebrating Chevrolet's 100th anniversary in 2011, and the Corvette World Tribute is testimony to Chevy's history.

Corvette Racing returns to Road America in the midst of a ferocious battle for the GT class championships. After a victory in Mosport and a runner-up finish in the rain-shortened Mid-Ohio round, Corvette drivers Oliver Gavin and Jan Magnussen are second in the GT driver standings, 17 points behind the leaders. Teammates Olivier Beretta and Tommy Milner are fifth, and Chevrolet is second in the manufacturer standings, 19 points behind BMW. With 25 points on the line for a victory in Saturday's four-hour race, the championship races are wide open.

There's no better setting for a crucial round in the championship chase. "Road America is the circuit in the U.S. that's most like Le Mans," Gavin said. "It's fast and challenging, with sweeping corners followed by heavy braking. Every driver loves the elevation changes and the nature of the track. You've got to have finesse to be quick, but also guts to get through the Carousel and the Kink – corners we take right on the limit. We've tested previously at Road America in preparation for Le Mans, and I'm confident that the team will have two strong Corvettes for the ALMS race."

Milner agreed: "You hold your breath when you get a quick lap at Road America," said the American ace. "You approach Turn 1, Turn 5, and Canada Corner at huge speeds and then brake heavily. That makes for good racing because braking zones allow passing." 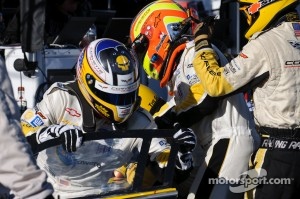 Jan Magnussen scored Corvette Racing's last GT1 win at Road America in 2008 with co-driver Johnny O'Connell, and he is keen to return to the winner's circle there. "Road America is a huge challenge because it is so fast and there is a lot of time to be gained in the Kink and the Carousel," said the Dane. "If you're willing to take a risk, you can gain a lot – or lose a lot. That makes it really exciting."

While the team's focus during Saturday's ALMS race will be on results, the Corvette World Tribute, organized by the Registry of Corvette Race Cars, will provide time to reflect on Corvette's rich racing heritage. Chevrolet will celebrate its homecoming to Road America on Sunday morning with a ceremony at the Corvette Bridge, the track's signature landmark that first appeared in 1963 – the year when the split-window Sting Ray Corvette made its debut. The Corvette World Tribute will feature a display of historic corvette race cars, panel discussions, a racers reunion, a concours, autocross competition, touring sessions, and races for vintage and contemporary Corvettes.

"It' going to be wonderful to see Corvettes that were racing before I was born," said Beretta, who started his milestone 100th ALMS race at Mid-Ohio. "I want to see how people built cars with the materials and technology they had at the time. It's very cool that those cars are still running today and can be seen on the track. Sunday will be a great time to enjoy the cars.

"We are celebrating Chevrolet's 100th anniversary in 2011, and the Corvette World Tribute is testimony to Chevy's history," Beretta noted. "No other manufacturer has been so successful, and has won so many races and championships, in so many different series around the world." 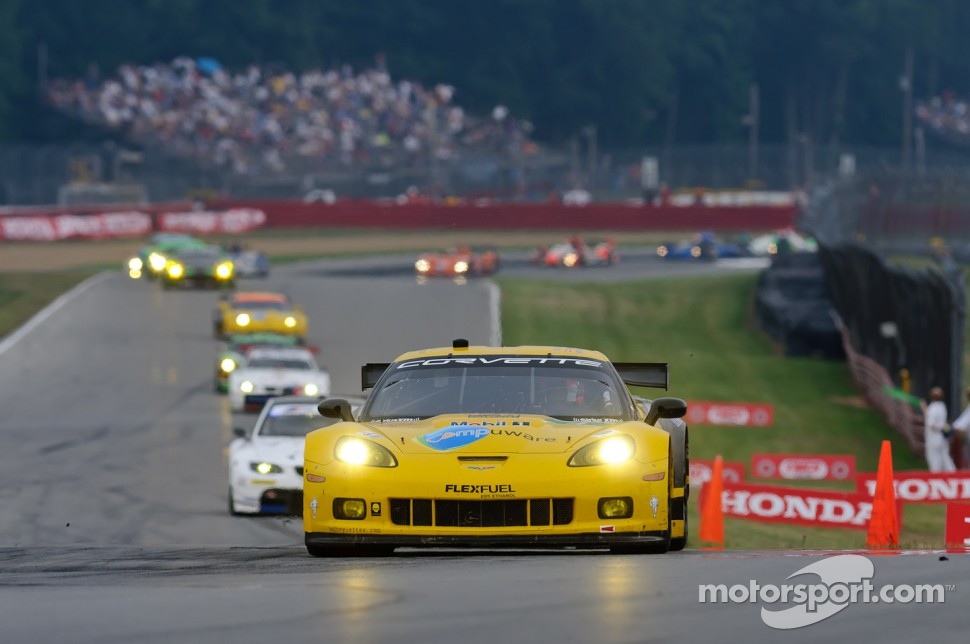