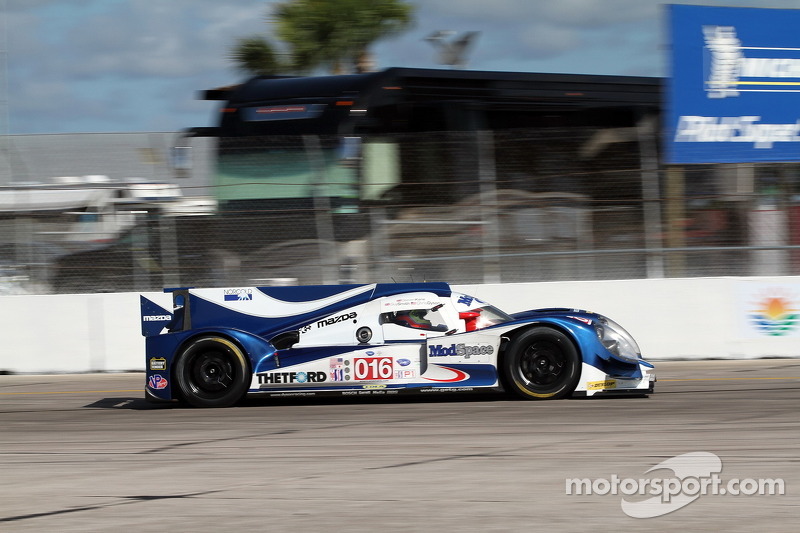 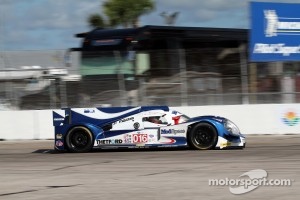 SEBRING, FL March 16, 2012 - Dyson Racing kicks off their American Le Mans Series title defense at the 60th Annual Mobil 1 12 Hours of Sebring this weekend. The race marks the silver anniversary of Dyson Racing at the iconic Florida endurance race, having first run here in 1987 in a Porsche 962. This race also marks the debut of the team's new Lola B12/66 - Mazda P1 coupe.

In qualifying today, Chris Dyson qualified the 016 Lola Mazda coupe eleventh in P1 in a field of sixty-three entries featuring teams and drivers from twenty-two countries. Dyson noted that "it was an abbreviated qualifying session and we barely got in one hot lap. But the balance of the car was good and we will concentrate on tomorrow. The level of competitiveness we have seen here this week guarantees the fans will experience a great race tomorrow. The cars here this week are some of the most advanced in racing. It is really the only type of racing, including Formula One, where innovation, new technology and engine and tire battles reset the battle each race."

Joint 2011 ALMS champion Guy Smith with Chris Dyson commented that, "we will focus on collecting maximum ALMS points and not worry about all the other cars running in this year's only joint ALMS and FIA World Endurance Championship race. Our target is a second consecutive ALMS title and scoring points begins at Sebring. Lola, AER and Dunlop have worked tirelessly over the off-season, giving us a car that has shown immediate speed. I think the biggest thing with a new car is finding its sweet spot and that is something Dyson Racing is extremely good at."

A welcome return appearance at Dyson Racing this weekend is Steven Kane who hails from Ireland and will be racing on St. Patrick's Day. Co-driving the 12 Hours with Dyson and Smith, Kane first drove the #20 Oryx Dyson Racing entry last year, winning at Baltimore with Humaid Al Masaood. "This is my first time here and it has been quite the education. I enjoy the challenge of dialing in a new car. Lola has given us a confident platform with great potential. This is such a famous circuit and famous race weekend and I am really glad to be here."

The 60th Anniversary Mobil 1 Twelve Hours of Sebring Fueled by Fresh from Florida starts at 10:30 A.M. ET tomorrow and will be broadcast at noon March 18 on ABC and shown live on ESPN3. The race is also live on ALMS Radio at ALMS.com.