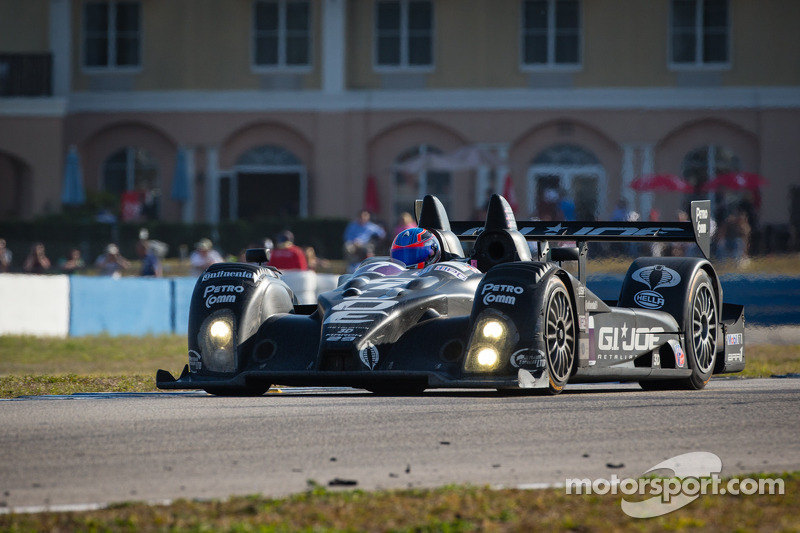 G.I. Joe Redemption runs all 12 Hours at the 12 Hours of Sebring fueled by Fresh from Florida

Tomy Drissi, Rusty Mitchell and Chapman Ducote all brought a 'never quit' attitude the season opener for American Le Mans Series presented by Tequila Patrón at the Mobil 1 12 Hours of Sebring Fueled by Fresh From Florida. Known as one of the most challenging endurance races in the world, Drissi and his co-drivers finished 6th in the Prototype Challenge class with the No. 7 G.I. Joe Redemption, Chevy powered ORECA FLM09, fielded by BAR1 Motorsports.

Prior to this year's race, the Prototype Challenge teams were dealt a wild card when the Series issued notice that all teams would be relegated to a new class tire supplier, Continental Tire. While the change is the same for everyone, teams were left quickly sorting out setups and developing new race strategies based on the tire's performance.

"This was a tough race for the No. 7 G.I. Joe Redemption car," noted Tomy. "We got a bit behind early in the race and with the top level of competition we were never really able to find what we needed to get back to the front." 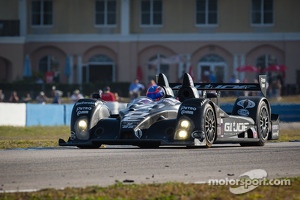 "Sebring is the toughest race in North America," said Drissi. It's certainly tougher than any 24 hour race. The track is extremely rough and stretches cars and drivers to their limit. To finish the race without any mechanical problems is an accomplishment in itself."

"The new Continental Tires seem to be pretty good," said Tomy in agreement with BAR1 owner, BrianAlder. "They felt close to or as fast as last year's tire though they need some work in order to double stint. We'll see how they improve over the season."

"It was a fantastic week, though," added Tomy. "The fans were fantastic and it was great to be back racing in the ALMS after a fairly long off-season. The G.I. Joe car was a huge hit. During the autograph sessions, we had some of the longest lines I've ever experienced. We had a great poster to hand out and kids were loving it. G.I. Joe was well represented!"

Tomy now heads to St. Petersburg, Fla. and the Honda Grand Prix of St. Petersburg where he'll compete in the Pirelli World Challenge GT driving the No. 4 Corvette featuring The Croods movie prepared by LG Motorsports.

Interview with Dr. Ullrich: “It won’t be the first time that Audi does battle against Porsche.”

Excellent race for Max Martin at 12 Hours of Sebring