Formula Le Mans is now the stepping-stone toward the future

Racing on track since 2009, the Formula Le Mans have seen their homologation extended until the end of the 2014 season. The ORECA-FLM 09 will therefore be eligible to compete in Le Mans-badged events Le Mans Series, American Le Mans Series and the Asian races for three more years following the 2011 season. 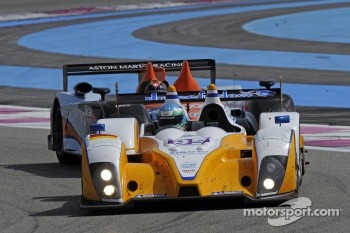 Originally run as a single-make championship launched by the Automobile Club de l'Ouest and ORECA, the Formula Le Mans has been integrated into the Le Mans Series and ALMS as its own class of racing since 2010. It's a system that is increasing in importance yet again this year with the European class winner receiving an invitation to the next 24 Hours of Le Mans (in LMP2 class), while the ORECA-FLM 09 cars competing in North America compete for glory in LMPC, where they often have the opportunity to fight for the overall podium.

Drawing on its success with more than 25 cars built Formula Le Mans is now the stepping-stone toward the future. To that end, the ORECA-FLM 09 that have raced since 2009 are now homologated until the end of the 2014 season. "We want to offer true clarity to the Formula Le Mans customers," explaines David Floury, Compitition ORECA Director. "This is the case today with the ACO's homologation, which offers a stability to teams. That was crucial. The tub will remain untouched and if the car evolves, it will only be minor changes. We don't want to force the teams to have to reinvest."

Formula Le Mans will conserve it's primary goal: to allow new teams to discover sportscar racing with a true Le Mans prototype. "Managing costs is always one of our principal objectives," continues David Floury. "We want to keep operating costs and the price of parts as low as possible, while maintaining a performance level between that of LMP2 and LM GTE. Presently, a season in FLM is only 50% of the budget needed in LM GTE."

With this cost management, Formula Le Mans aims to continue its role as a gateway to sportscar racing. As examples, Boutsen Energy Racing, Hope Racing and Level 5 Motorsports are teams that began with ORECA-FLM 09 before moving up to other categories. In the same way, driving talent has also been discovered, such as Nicolas De Crem, Dominik Kraihamer and Mathias Beche, pole winner in LMP2 in this year's 6 Hours of the Castellet.

In addition, three Formula Le Mans will be present during the Test Day at Le Mans. It will be a real opportunity to discover the Circuit de la Sarthe in all its splendor!