Experienced drivers Ben Keating and Damien Faulkner will drive a brand-new Porsche 997 GT3 Cup car prepared by Kevin Buckler's shop. Their will goal will be the GTC class championship..

PETALUMA, CA - With just under two months before the start of the 2013 American Le Mans Series season, The Racer's Group (TRG) has put together a program likely to be one of the most competitive programs ever seen in the GTC class. The combination of experienced drivers Ben Keating and Damien Faulkner coupled with the brand-new Porsche 997 GT3 Cup car and backed by one of the top GT teams in motorsports has TRG positioned for a championship run.

Both drivers are signed on for the full season. Keating has raced multiple times with TRG, including two Rolex 24's at Daytona. He is coming off his second SRT Viper Cup Championship, winning six races and earning eight podiums. 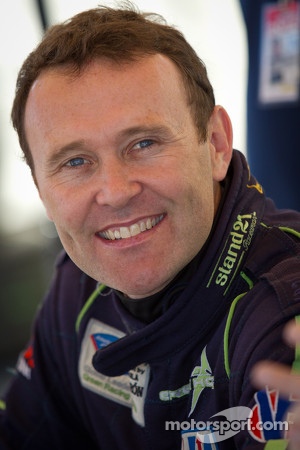 Damien Faulkner joins Keating with an abundance of experience and seat time in Porsches, having competed in the Porsche Supercup and Porsche Carrera Cup Great Britain before that. The veteran Porsche driver ran with TRG at Daytona a year ago and has been one of the fastest drivers in the ALMS in recent years with a pair of victories that included the 12 Hours of Sebring in 2011, six poles and four fastest (race) laps.

Adding even more skill and familiarity to the team is the addition of veteran professional driver Craig Stanton for the endurance races -- Sebring and Petit Le Mans. Stanton has driven numerous times for TRG and has been quick and consistent throughout his driving career.

The three are expected to test at the Sebring Winter Test, February 7-8.

Kevin Buckler on Ben Keating: "All of us at TRG are seriously proud to be announcing this program with Ben Keating. Ben is one of the fastest, most committed, most competitive non-full-time professional drivers that we have ever had driving for us. I mean this guy has a real job outside of racing, but you wouldn't know it to look at the stopwatch!"

Keating on racing in ALMS: "I am extremely excited. I love this class for two reasons. First it is a spec class. I love knowing that we always have a car that is capable of winning, and we don't have to get involved with balance of performance. And second, it is a Pro-Am structure. It requires a gentleman driver to really factor into each race.

This will be my first season in ALMS and I believe we will be very competitive. That is exciting. There is nothing much better than having the real opportunity to stand on the podium at the top level of sports car racing in North America." 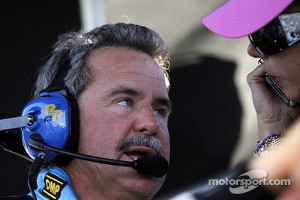 Buckler on the strength of the 2013 Line-up: "Ben and Damien are going to be a lethal combo here, but you add in a brand-new Porsche GT3, Craig Stanton as the third driver in the long races, some of the best crew in all of GT racing, and of course, TRG; and I believe we are going to have a solid run at a championship this year! I couldn't be happier to be leading the charge for this formidable effort."

Keating on sharing the seat with Faulkner, and the TRG team: "I expect great competition and I love a challenge. Damien and I will have a great time this season. TRG knows how to win. We have a great team, a brand new car, a great driver lineup, and all the ingredients to win the championship. What else can you ask for?"

Rizi Competizione to return to competition in 2013