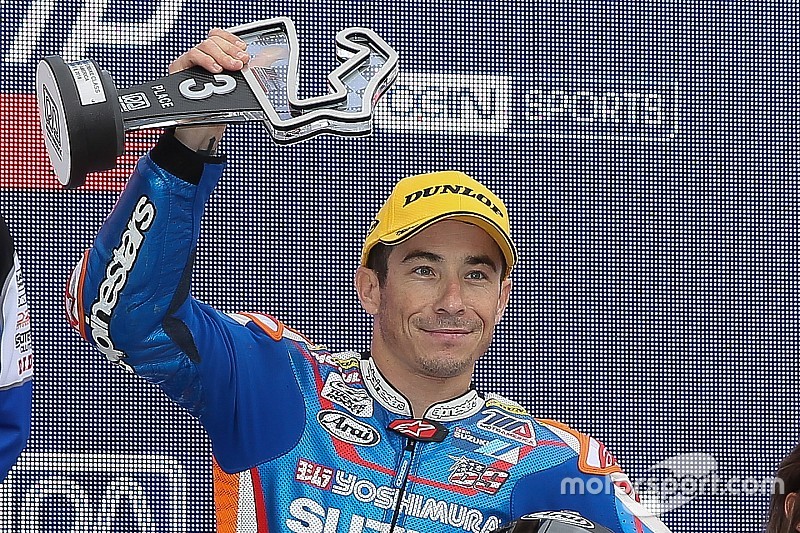 Roger Lee Hayden, the younger brother of late MotoGP champion Nicky, has announced he will retire from racing at the end of this season.

Hayden, 35, currently races in MotoAmerica with the Yoshimura Suzuki team, and lies ninth in the current points standings after six of this year's 10 rounds.

“This is not something I’ve decided lightly," said Hayden, whose elder brother Nicky tragically died in a cycling accident last year. "I’ve been thinking about this for a while.

"I’ve been going to races on the weekends since I was nine and I just thought it was the right time to move on to the next chapter in my life. I want to spend more time with my wife and maybe do some travelling and start a family at some point soon.

“I would like to stay involved in racing in some way. I enjoy working with the young riders coming up and we’ll see what the future holds.”

Hayden, the 2007 AMA Supersport champion, has made two MotoGP starts, riding a wildcard Kawasaki at Laguna Seca in 2007 before replacing the injured Randy de Puniet at LCR Honda at the same venue three years later.

He also contested a full season of World Superbike in 2010 for the Pedercini Kawasaki squad, albeit only finishing 19th overall, and made a one-off Moto2 outing on an American Honda-backed Moriwaki at Indianapolis that year.

Having been associated with Kawasaki for much of his professional career, Hayden switched to Suzuki in 2011 on his return to the AMA Superbike series and joined the Yoshimura squad in 2014.

Since then he has won six races, bringing his AMA Superbike/MotoAmerica career total to seven, and has finished second in the points standings twice, in 2014 and 2017.

"The Yoshimura Suzuki Factory Racing Team has been privileged the past four-and-a-half seasons to work alongside Roger,” said Yoshimura President Don Sakakura.

“Our team has evolved over the years as a result of Roger’s competitive dedication, and his racing spirit. 20 seasons of professional road racing is an impressive accomplishment.

"Equally, I respect Roger for his integrity and his core family values, we’ve all enjoyed the company of the Hayden family for countless years. We all wish Roger the very best as he transitions to his next phase in life."

As well as Nicky, Roger Lee is also young brother to Tommy Hayden, the eldest of the three racing siblings who is also a former race winner in AMA Superbike.