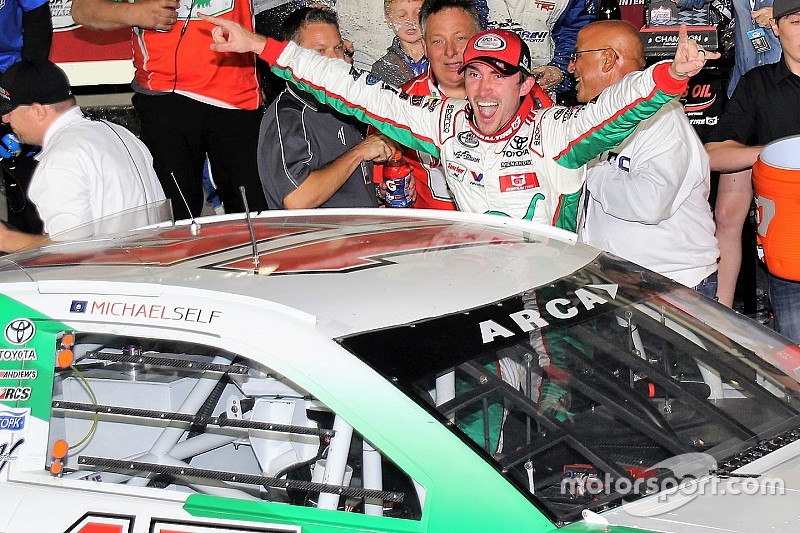 A timely caution and pit call sent Michael Self to his second ARCA victory of the season.

Self went from third to first on a restart with two of 100 laps remaining to win Thursday night’s Scott 150 ARCA race at Chicagoland Speedway.

Self, who won the season opener at Daytona International Speedway this season, was in position to win this race last year but lost the chance at the victory with a cut tire with 10 laps to go.

NASCAR Camping World Truck Series regular Todd Gilliland appeared headed to victory Thursday night having built up a huge lead but a caution was displayed with five laps remaining after a spin by Leilani Munter.

Riley Herbst elected not to pit and inherited the lead, followed by Gilliland on two new tires and Self with four new tires. Self powered into the lead by the time the field had entered Turn 2.

“We were kind of in the cat bird’s seat there, you know. I knew they didn’t have the tires we did in front of us,” Self, 27, said in Victory Lane. “We used that to our advantage.

“It reminded me of Kansas last year a little bit with that restart, having good tires and not coming off the gas.”

In his six ARCA starts this season, Self has finished lower than fourth just once. Thursday’s win was his third career series victory.