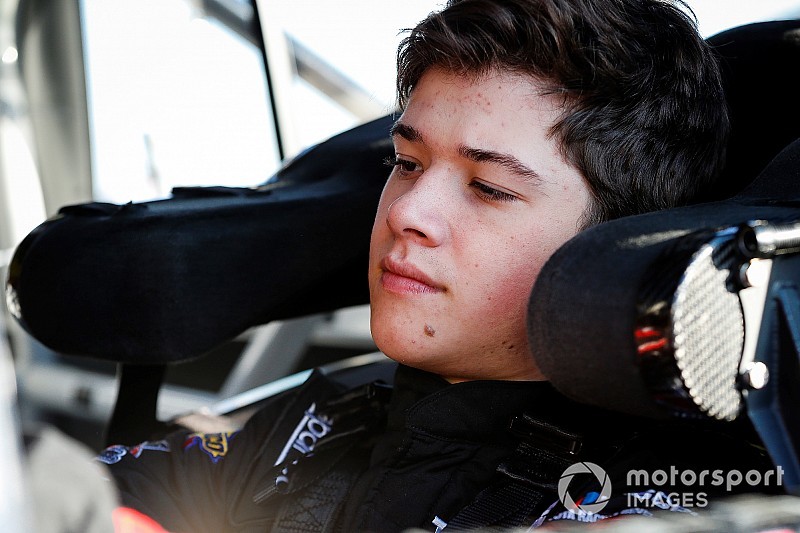 The win is Burton’s third in ARCA in 12 starts. The 18-year-old son of NASCAR veteran Jeff Burton kicks off his first fulltime season in the Gander Outdoors Truck Series next week.

“I knew I wanted Gilliland behind me. He’s my teammate in Trucks and we work good together,” Burton said in Victory Lane. “So that was good to have him there. I worked with my (ARCA) teammate Christian Eckes all day.

“I lost my voice, I’ve been screaming and yelling for a long time. It’s cool. I don’t even know where this ranks in my whole life. It’s just crazy. I can’t even put it into words how much the people who’ve helped me have done.

On the overtime restart, Gilliland lined up behind Burton and pushed him into the lead. Gilliland tried to make his own move to the outside on the backstretch but Burton had too big of an advantage.

“There was nothing else we could do.”

On Lap 43 of the scheduled 80-lap race, Eric Caudell got tagged from behind while slowing down to approach pit road and slammed into the inside retaining wall. The ensuing caution provided most teams the opportunity to make their lone pit stop of the race.

On the restart on Lap 48, Burton led the way followed by Eckes, Riley Herbst, Bret Holmes and Connor Hall. Gus Dean, who was leading before the caution, restarted ninth after experiencing fueling issues during his stop.

With nine laps remaining, Thad Moffitt had a tire go down off Turn 4, spun and made contact with Jason White to bring out a caution.

While drafting with Brandon McReynolds to the front of the pack with two laps remaining, Gilliland ended up hitting him in the right-rear and turning him, collecting Holmes and Dean in the incident as well.

The incident sent the race into overtime with Burton still in the lead.