Is it time for NASCAR to consider a spec engine? 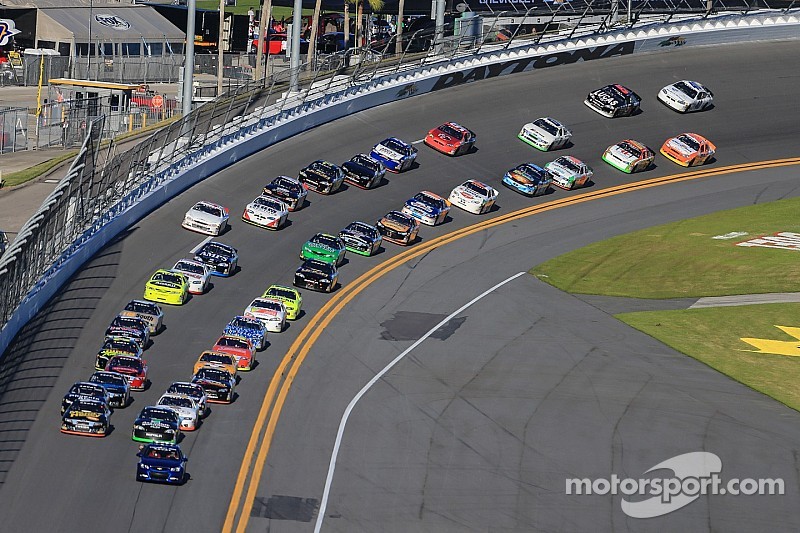 Count on this: The series will be watching ARCA's spec engine program closely.

As NASCAR in general – and the new Race Team Alliance in particular – look for ways of cutting costs in motorsports, you can bet that an announcement made on Friday did not escape their attention.

It’s entirely possible, though, that it escaped yours.

The ARCA series – that’s the Automobile Racing Club of America – typically gets noticed only when there’s a big wreck at one of its races, or when some up-and-coming young racer like Kyle Larson or Joey Logano or Ricky Stenhouse, Jr., races in, and typically wins, an ARCA race in order to get some big-track experience under his belt. Or her belt: Danica Patrick cut her stock car-racing teeth at Daytona in an ARCA race in 2010.

This is not a criticism of the series, which has long been one of my favorites. Since it was founded in 1953 – the same year that I was founded, coincidentally – it has been populated by scrappy teams and drivers who race for racing’s sake. It competes on tiny ovals, superspeedways, road courses and dirt tracks.

The series competitors are basically divided into three categories: One, older career racers like multi-time champion Frank Kimmel. Two, younger drivers with some money like John Wes Townley or Tom Hessert who consider themselves on the way up, who may rent a ride from one of the stronger teams like Venturini Motorsports. And three, there’s the majority of the field, which are racers who scramble to make it from track to track, living on modest sponsorship, some prize money and maybe by renting out one of their cars to paying drivers you probably never heard of.

Look at recent ARCA rookie of the year winners and past champions, and you’ll see quite a few up-and-comers who came and went: Chris Buescher, Parker Kligerman, Alex Bowman, Michael McDowell, Justin Allgaier and Ty Dillon. And go back a little farther, and you’ll find Jeremy Mayfield, Davey Allison and Benny Parsons.

So my point is this: As with all racing, there are the haves and the have-nots. Sure, there are people in the middle, but the disparity is substantial in ARCA.

So Friday’s announcement that ARCA will allow what amounts to a “spec” or “crate” engine in 2015 is polarizing. Interesting, but polarizing.

Here’s the deal: Currently, ARCA teams typically use some form of hand-me-down NASCAR V-8 engine. The Chevrolet SB2 from the Hendrick stable is popular. The better engines can crank out more than 800 horsepower. You can buy them or lease them.

This new ARCA engine is called the ARCA Ilmor 396, which ARCA says is a “purpose-built powerplant, developed and assembled by legendary engine builder Ilmor Engineering. The ARCA Ilmor 396 will deliver 700 horsepower and 500 ft. lbs. of torque, with durability and performance standards.”

The good news: Supposedly it can go 1,500 miles between rebuilds. That is a lot of ARCA racing – so far this season, ARCA has run 13 races for a total of 1,873 miles. Four of those races – Daytona, Talladega, Pocono and Michigan – totaled over 800 miles alone. There are just seven races left, and most of those are shorter ones. Theoretically, buy two of the new engines for your car and you’d still have life left in one of them for next season.

Wisely, ARCA will grandfather in the Holley fuel-injected Ilmor 396 in 2015, presumably performance-balancing the various engines to equalize competition, which will mean slowing down some of the better current carbureted V-8s. But if the pattern holds with most series that allow spec engines, that is what the series will eventually become. I have a race car in the shop now that hasn’t run in years, because my $3,500 engine wasn’t competitive with the pricier spec engines that took over the series.

One of the smarter aspects of the ARCA deal is that they are not aligning with a particular auto manufacturer. When the departed, much-missed ASA series went to a spec engine, it was a GM, meaning if you wanted to run a Ford, Dodge or Toyota, you still had to run a General Motors engine. Whether or not that helped lead to the series demise is arguable, with the best evidence presented in “Let’s Go Racing,” the excellent autobiography of Rex Robbins, the ASA founder, co-written by Dave Argabright. Badging the engine an Ilmor at least presents a solid semblance of independence.

The ARCA proposal, so far, is being met with mixed reviews. One commentator on ARCA’s own web site posted this: “In other words, this is the last year of REAL ARCA racing, as it becomes a spec series next year.”

There are other issues. Will engine parts suppliers not affiliated with Ilmor and Holley, that support racers in the series, back away? Will more engine builders be put out of business? Will NASCAR teams lose a market for their used engines and components? Will teams not able to afford the Ilmor engine be competitive, and if so, for how long?

Bottom line: What ARCA is doing is an interesting experiment. “The ARCA Ilmor 396 is the best engine option we can introduce for the long-term health of our series,” said Ron Drager, ARCA president.

Maybe. And count on this: NASCAR will be watching this experiment closely. It’s unlikely we’ll see a spec engine in the Cup or Nationwide series in the near future, but in the Camping World truck series, or the K&N Series? If it works in ARCA – and I’m not certain it will – it could work there.