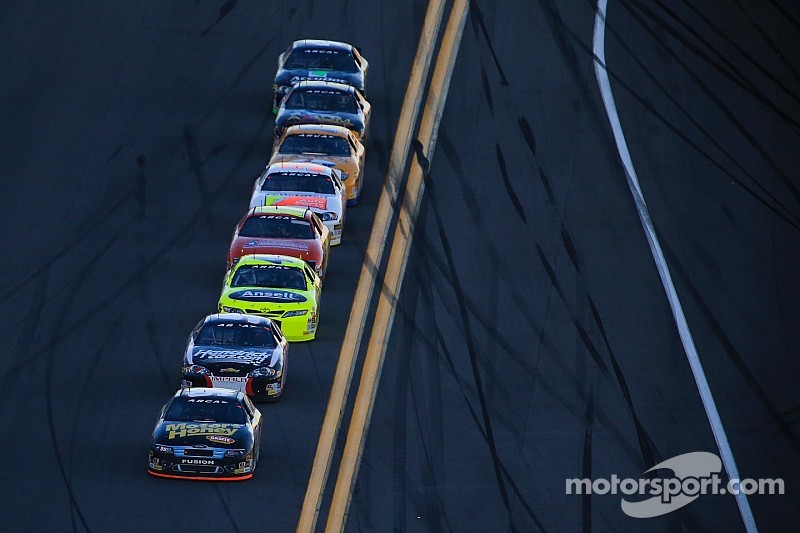 Second win of the season.

Justin Boston seized the day Sunday at Madison International Speedway, winning the Herr's Live Life with Flavor 200 for his second win of the season. "We're here to win races and that's what we did today," Boston said in victory lane. "I'll gladly take that trophy."

Boston ran in the top-five for most of the race, but grabbed the lead after previous leaders Grant Enfinger and Mason Mitchell both ran into troubles in the last quarter of the race. He came out of the pits following a late pit stop in first place then zoomed out to a big lead in the No. 25 ZLOOP Toyota.

"Our race was so good today, long runs and short runs," he said. "It was good right off the hauler. We didn't really change anything. I think our car was as good as Grant or Mason, but we just couldn't get up to them. Track position meant so much.

"I think if they wouldn't have had trouble, I think we might have had something. It would have been a great show for the fans."

Mitchell ended up 14th and Enfinger 15th. Both had to be pushed to the garage area. Enfinger led the most laps and Mitchell finished one spot ahead of his closest challenger in the ARCA Racing Series driver point standings, meaning 25 points still separate the two.

Kimmel was the biggest point beneficiary, closing to within 140 points, the closest he has been in several weeks.

"I knew it was just a matter of time that we close in a little bit," Kimmel said. "We have had a lot of fourth- and fifth-place finishes. We'll keep digging and getting there."

Benjamin's second-place finish came in the ARCA debut of his family-owned race team. The team tested at Anderson (Ind.) Speedway earlier in the week, but Sunday's race was really the first time the car was on track and up to speed.

"It was like our test," Benjamin said. "I really have to thank (crew chief) Kevin Reed and my dad for giving me a great car. We were really good on long runs. On that short run late in the race was tough for us get up there. If we would have had 40 laps at the end, we might have been able to get up there."

Jones had won his previous two ARCA races, but was okay with his third place finish after starting 14th when the starting lineup was set by car owner points after qualifying was rained out.

"Justin and Kyle had great cars and we were good too," Jones said. "We were really loose, then tight early on, but probably everybody was in the same boat as us."

Hessert's top five was well-earned. He started 25th in the No. 72 Caregard-AxiomWarranty.com Dodge.

"Good top five," Hessert said. "We started so far back and our car got really tight, but we had a good day."

Boston's second win may have seemed unlikely with 40 laps to go, but the entire Venturini team was excited about their fourth win of the season and third win in four races at Madison International Speedway.

"I love this track," Billy Venturini said. "This is such a great short track. We love coming here."

Boston's season now includes two wins and two Menards pole awards. He is fifth in points heading to the next race on the ARCA circuit - the DuQuoin State Fairgrounds mile-dirt Labor Day Monday.

"We've had a good season that could have been a great season," Boston said. "We ran into some trouble early on and Grant and Mason capitalized on it. If not, I think we could have been up there, too. We're here to win races now. This team worked hard today. This is good."

Crutchlow says right arm is a “disaster” after surgery