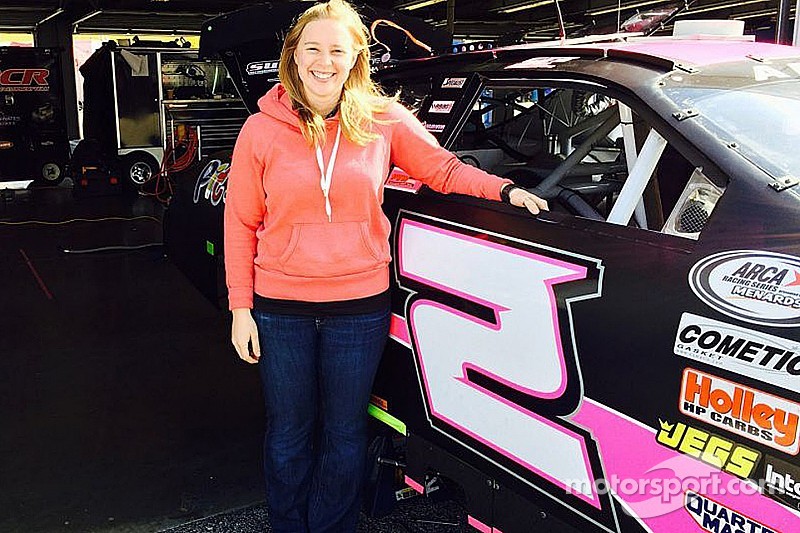 Cornett-Ching ready for her ARCA coming out party.

The 23-year-old Summerland, British Columbia native will start 33rd in the Lucas Oil 200 behind the wheel of the No. 2 Race 101 Chevy.

"I'm not sure I can put into words how exciting this is for me,” Cornett-Ching said. “I tested last year with Tony's (Blanchard) car in hopes to race, but things didn't come together. It might have been for the best because this time I felt really comfortable in the car.

"For the last year I saved money to pay for this test, but now that I have the opportunity to race. Now it's reality."

Cornett-Ching signed a multi-year contract with Tony Blanchard and RACE 101 on Thursday night. Earlier in the day, her engine failed during practice. Athough the team replaced the engine, Cornett-Ching was forced to use a provisional start.

It was just the recent setback for the driver, who first attempted to run ARCA in 2011 with the RACE 101 program. A fabricator by trade, Cornett-Ching went back to work to subsidize her racing dream. On Saturday, her diligence will finally pay off.

It’s an amazing feeling to know that my racing career is on the move.

“It’s an amazing feeling to know that my racing career is on the move,” Cornett-Ching said. “I’m glad the engine broke in practice instead of the race. It still all seems surreal. Just last month I was clawing for funds to come and race at Daytona. Now we’re in a position where we have the means to put in a back-up engine and still go racing.”

“We know we have something special in Sarah,” Blanchard said. “This is a determined young woman with enormous natural talent, great technical knowledge when it comes to fabrication and with enough charisma to take her a long way in this sport.”