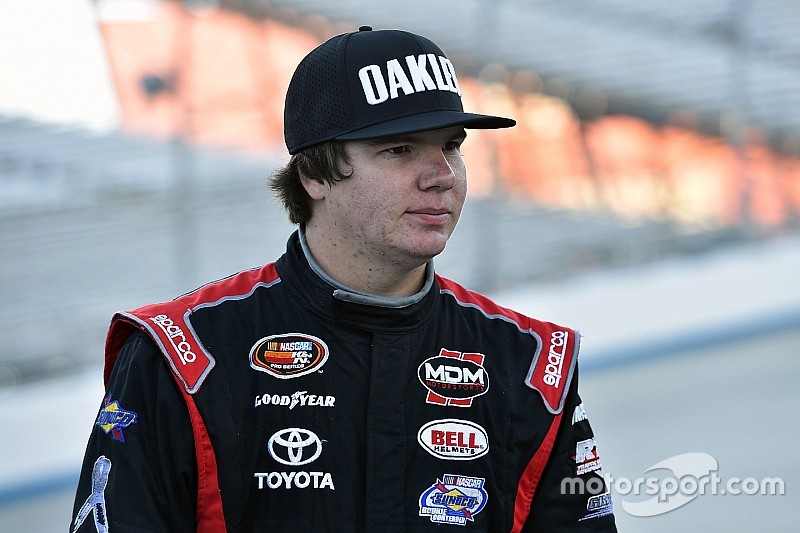 Creed started the race from pole position, but was nearly swept up in a Lap 1 incident after Riley Herbst tried to pass him to the inside.

Christian Eckes emerged with the lead, but lost control of the race on the ensuing restart when Creed took it back and set sail.

Harrison Burton then moved around Eckes for second until Zane Smith passed them both.

On Lap 46, the second caution of the race came with Max Tullman got into the wall and stopped to the inside of the backstretch. Eckes reclaimed the top spot on pit road and led the field on a Lap 55 restart.

Ten laps later, the field was back behind the pace car when Natalie Decker got into the wall. The race resumed on Lap 72, but quickly returned to yellow as Smith pounded the wall after a battle with Gus Dean went awry.

The green was back out with 41 laps to go and Creed pushed Eckes hard for the race lead. They battled side-by-side for nearly two laps until Creed pushed Eckes up the track, taking the lead once more. Out of the groove, Eckes dropped all the way down to fifth and never fully recovered.

Creed later said he just got tight underneath the No. 15 machine, but added, "sometimes you gotta race hard to win."

The race went caution-free to finish from there and Creed cruised to his second win in the last three races. He now leads Smith by 155 points in the championship standings.

"Just had a perfect day," Creed said with relief in Victory Lane.