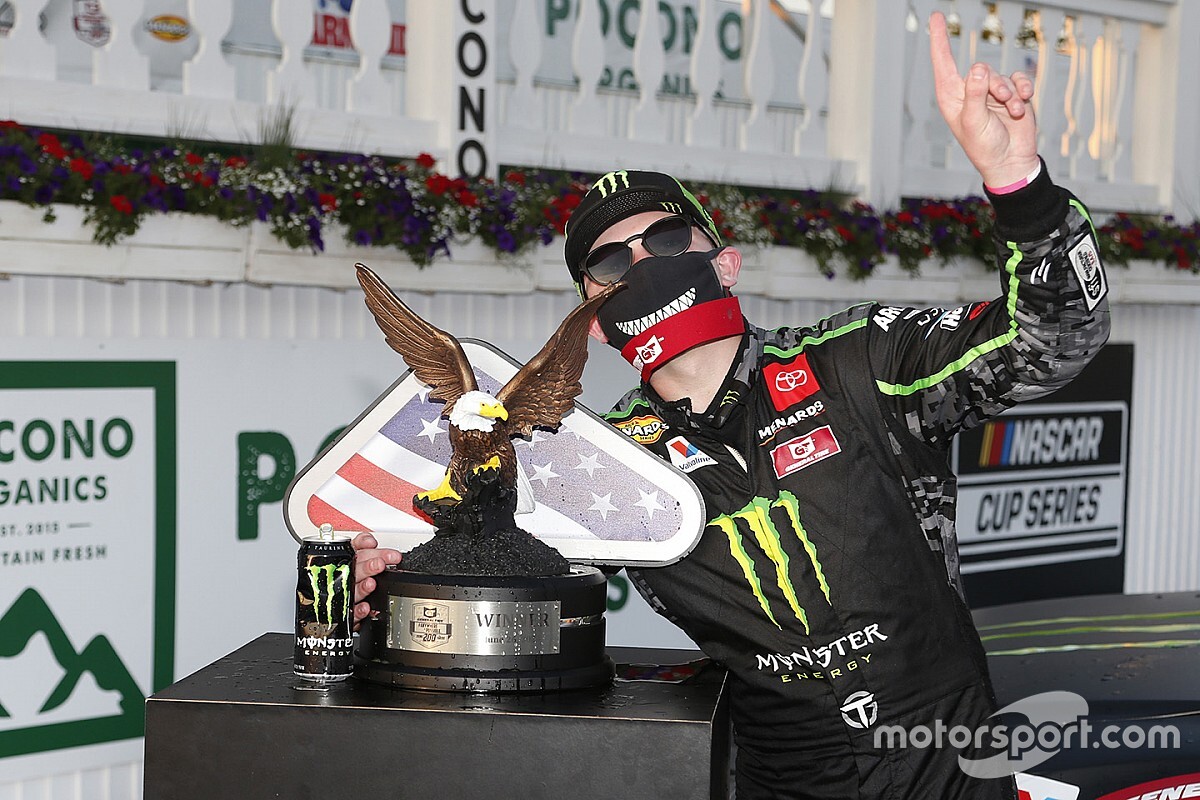 Ty Gibbs made quite an impression in his superspeedway debut in the ARCA Menards Series.

Gibbs, the 17-year-old grandson of NASCAR and NFL Hall of Famer Joe Gibbs, led 65 of 80 laps on his way to winning Friday’s Anywhere Is Possible 200 at Pocono Raceway.

The win is Gibbs’s first in the series this season and third of his career. He also won an ARCA East race earlier this season at Toledo.

“It feels really good. I’ve come here all my life to watch races and then I come here and win but it’s so hard to describe the feeling,” Gibbs said of his first race and victory on a track 1.25 miles or greater in length.

“It’s just amazing. I can’t thank everyone who has made this possible enough. It was fun a time. I really like the big tracks. It was just s blast.”

Chandler Smith finished second but could not seriously contend with Gibbs down the stretch. Sam Mayer finished third, Bret Holmes was fourth and Michael Self rounded out the top-five.

On a restart with 21 laps remaining, Gibbs jumped to a quick lead but Mayer maneuvered into the runner-up position, hoping to challenge him for the lead.

With 12 laps to go, Smith got around Mayer to move into the second position but was more than 3 seconds behind Gibbs.