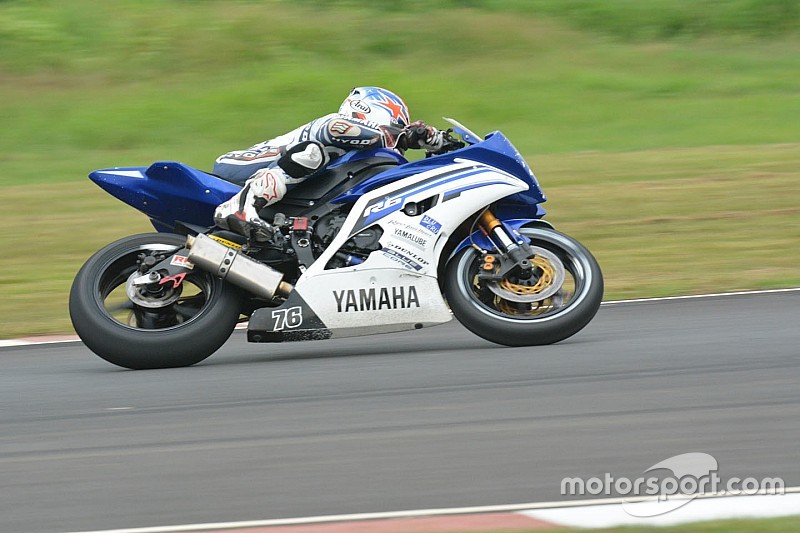 Yamaha Racing’s Yuki Ito drove a fantastic Race 2 and had to work really hard before winning the SuperSports 600cc race on Sunday.

This was perhaps the best race in the fifth round of the Asia Road Racing Championship. Musashi Boon Siew Honda Racing’s Md Zaqhwan Zaidi, winner of Race 1, was in the lead for most of the race, but it all changed towards the very end, when Ito took the lead and went on to win.

Behind second-placed Zaidi were Taiga Hada (Rama Honda), Teppei Nagoe and Decha Kraisart in the next three places.

Hada shot ahead of pole position man Zaidi in the first corner.

23 shot into the lead at the first corner and was followed by 21.

Within the first lap, Chalermpol Polimai had shot ahead and Zaidi and Ito were in the next two places. Hada had suddenly slipped down the order.

Meanwhile, sadly, championship leader Azlan Shah Kamaruzaman had a crash, but recovered to get back on the track.

At the front, it was a bit tight out there with all the frontrunners bunched up and trying to make up places and Polimai leading by just 0.1 seconds.

On the fourth lap, Zaidi took the lead from Polimai, who eventually dropped down to the third place. The two had pulled away and were involved in a stiff battle for the top spot.

Polimai dropped down suddenly and with 10 laps to go, Zaidi was in the lead with Ito, Ratthapoing Wilairot, Polimai, Hada and Kraisart in the subsequent places.

Then, the battle began. Ito chased Zaidi and it was a sight to see. It was just 0.07 seconds that separated the two riders. Behind them, Hada was trying to chase down Wilairot for the third place.

Zaidi began to pull ahead a little and increase the gap between himself and Ito. However, Ito was in no mood to give up and kept hitting back.

In the seventh lap, Wilairot crashed and that pushed him down the order.

With two laps to go, Ito finally made it past Zaidi for the race lead. Ito began to pull away easily and set himself up easily for the win.

Once he was ahead, Ito was in a world of his own and made it to the finish line without much trouble.