Competing in the flagship Supersport 600cc category, Sarath qualified 18th on the grid with a time of 2m18.651s.

The former 125cc rider held firm in Race 1, taking advantage of a number of retirements retirements to finish in 14th position and add two more points to his championship tally.

The second race, however, turned out to be a tough affair for Sarath, who had to be content with 17th place.

At the front, sometime MotoGP rider Anthony West secured a double victory after his controversial disqualification from the previous round in Thailand.

The result propels the Australian to sixth in the championship, five places behind points leader Azian Shah. Sarath holds the 19th spot in the standings with nine points to his name. 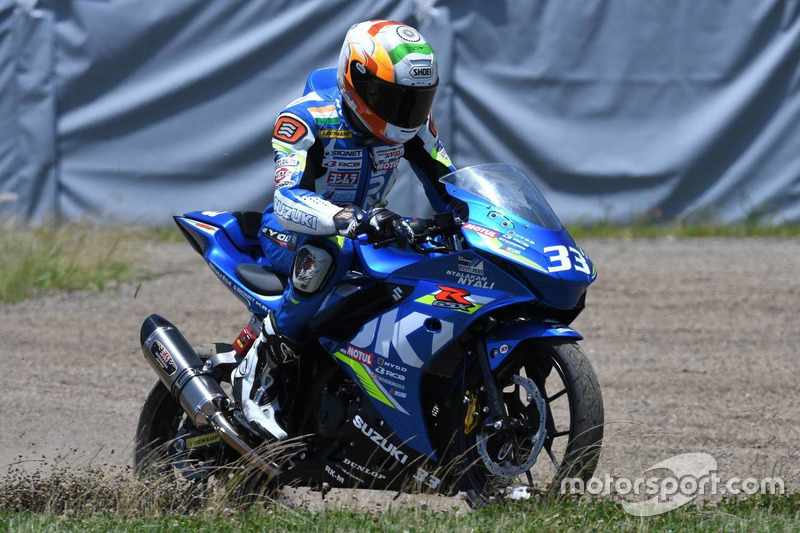 Ahamed misses out on podium

Over in Suzuka Asia Challenge, Ahamed came close to scoring his maiden podium finish in Race 1.

The Indian made a rocketing start from 13th on the grid, catapulting himself to fourth by the end of Lap 1.

He ran as high as second, but eventually finished a lowly ninth after dropping positions towards the second half of the race. 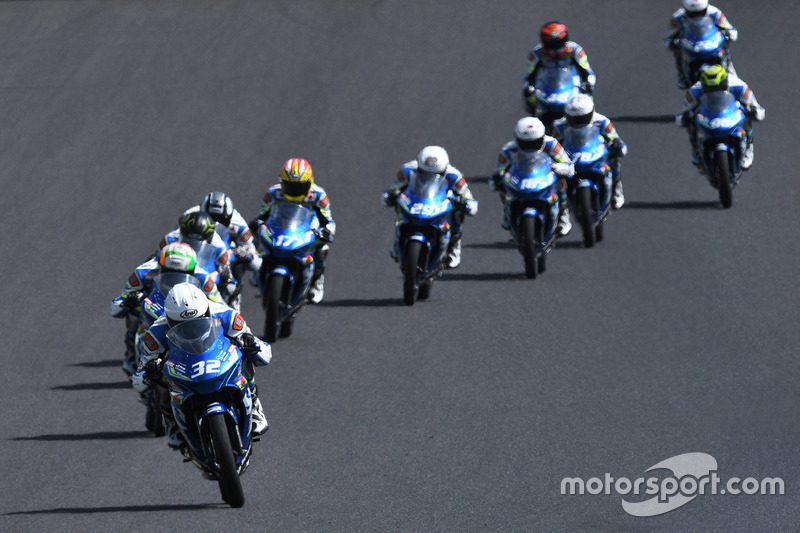 Meanwhile, Arunagiri could salvage only five points from what had looked like a promising weekend.

Also competing in the Suzuki Asian challenge, Arunagiri made a slow getaway and slipped from third to eighth by the end of the opening lap.  He tried to recover lost positions, but crashed out on Lap 4 away from the TV cameras.

During the second race, he ran as high as second before dropping down to 12th position on Lap 2.

After recovering to eighth during the middle part of the race, he again slipped down the order, eventually finishing in 11th position.

A poor weekend has dropped Arunagiri to ninth in the standings with 37 points. He, however, remains well clear of countryman Ahamed, who sits 13th in the table with 25 points on board.

The championship is currently being led by Thailand’s Punchana Kulrojchalalai, who secured a double win to extend his advantage over Indonesian Nur Al Faith Sam Ahmad.

No points for Sethu

The Rama Racing rider was well off the pace of the leaders, finishing the two races well outside the points in 28th and 24th places respectively,

Just like in Superport and Suzuki Asia Challenge, the AP250 category saw a double winner in the form of Indonesian teen Gerry Salim.

Preece after Clash showing: "It sucks giving them away"