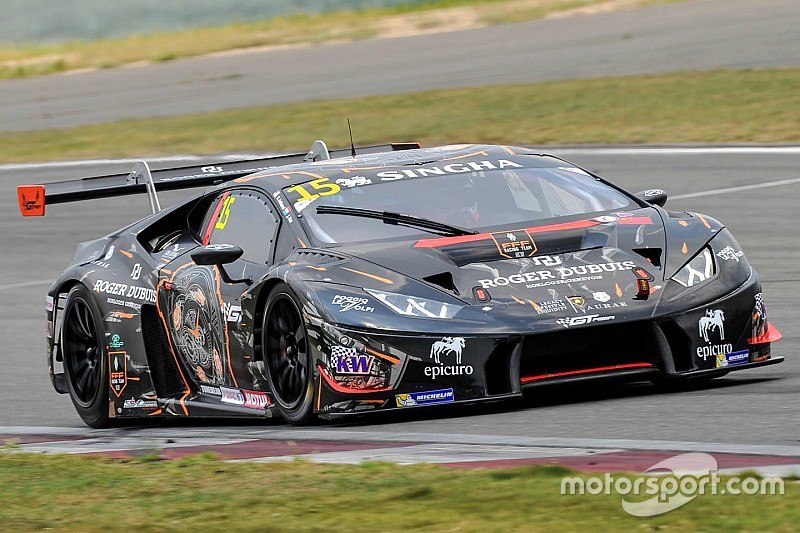 The outfit, overseen by Andrea Caldarelli, is based out of Pescara in Italy, but is no stranger to success on the Asian continent having contested last year’s Asian Le Mans Series and FIA GT World Cup in Macau, and claimed the GT Asia crown.

Now those same Lamborghinis are heading to SRO’s all-new GT3 category, which builds on the experience and expertise earned from organising global sportscar championships over the past 25 years.

The world-renowned Balance of Performance that provides parity in Europe’s burgeoning Blancpain GT Series, US-based Pirelli World Challenge, the Australian GT Championship and Intercontinental GT Challenge, as well as national categories and standalone races, will be introduced for the first time across Asia this year. Equally, a package aimed at helping teams and drivers generate a greater return and visibility from their racing has already been announced.

And it is one of those elements - having Lamborghini Super Trofeo Asia as an official support series at all rounds - that has prompted FFF Racing Team to field cars in two categories over the same race weekend, as highlighted by team owner Sean Fu Songyang.

“It is a great pleasure to be announcing FFF Racing’s entry in the newly-launched SRO GT Series Asia,” he said. “The team has achieved a lot in Asia and Europe in 2016 and we hope to carry that success forward into this new arena, where we will run a pair of Lamborghini Huracan GT3s alongside our recently announced Super Trofeo Asia campaign. It promises to be an incredibly exciting year and I cannot wait to put the final pieces of the puzzle together by confirming our driver line-up.”

Championship Manager Benjamin Franassovici believes FFF Racing Team’s early commitment is a sign of how competitive Blancpain GT Series Asia will be in its first season.

“It’s fantastic to have secured an outfit of FFF Racing Team’s undoubted calibre for the inaugural Blancpain GT Series Asia campaign just a few weeks into 2017,” he said. “Having one of the region’s biggest teams, overseen by someone as successful as Andrea Caldarelli, confirm two cars this early underlines the dedication and determination to continue their winning ways against what is sure to be an incredibly competitive GT3 field. Clearly, the standard has been set extremely high from the very start, a trait shared by all of SRO’s GT categories around the world.

“Interest in both the GT3 and GT4 categories has surpassed our own expectations and it now looks very likely that more than 20 cars will be lining up for the start of the season in Sepang.”

Head of Lamborghini Motorsport Giorgio Sanna added: “In 2017 the Asian motorsport scene will be more important than ever, thanks to the launch of the new Blancpain GT Series Asia. Lamborghini Squadra Corse will be strongly involved, with all the rounds of the Super Trofeo Asia one-make series concomitant with the GTs. Last but not least, we are proud to support such a professional team as FFF Racing Team, which brought us a championship title in 2016 with our GT3 Junior Drivers, Andrea Amici and Edoardo Liberati – two fast guys who are building a professional motorsport career with Lamborghini Squadra Corse.”

FFF Racing Team are expected to announce their driver line-up in the coming weeks.

The opening round of 2017’s inaugural Blancpain GT Series Asia season kicks off at Sepang in Malaysia on April 8/9.