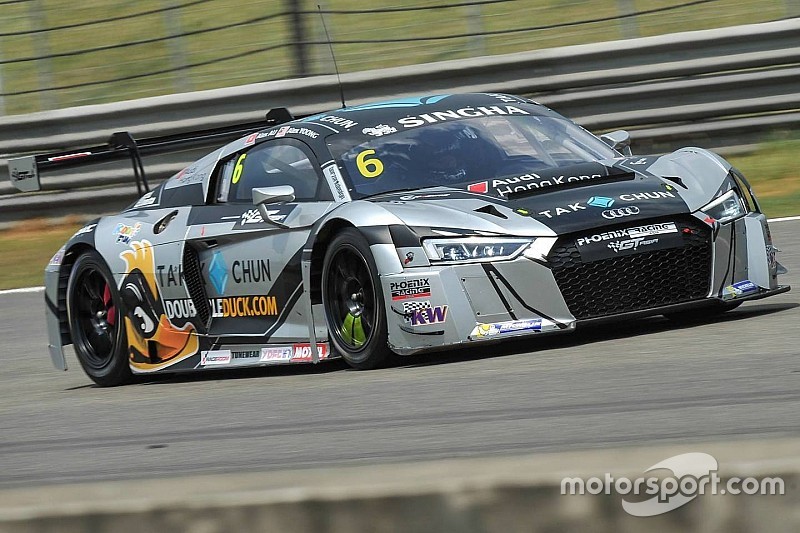 The 2016 GT Asia Series draws to it’s dramatic conclusion tomorrow (Thursday, 20 October) at Shanghai in China with the running of the ‘GT Asia Series Shang Peng Race of Shanghai’, two final 60-minute races to round out what has been aptly described as an epic season, and if qualifying is any indication, the championship will reach a fitting conclusion..

Contesting a two-day, mid-week format due to a late date change forced upon the region’s leading GT championship, teams faced two 90-minute practice sessions ahead of the two 15-minute qualifiers, but no sooner had the sun risen on the Shanghai Circuit, than light rain began to fall, providing teams with more than enough headaches across the entire day.

Ultimately rain and showers fell for much of the afternoon, but not before clearing long enough late in practice two to provide Bentley Team Absolute’s Duncan Tappy with a window to smash the qualifying lap record established by Alex Yoong in August.

Sadly the rain began to fall again ahead of qualifying, intensifying through both 15-minute sessions to impact the dry running order with dramatic effect.

Liberati’s FFF Racing Team by ACM team-mate Andrea Amici was able to extract something a little extra in the second qualifier to grab the top spot in the dying stages from Rizzo’s team-mate Anthony Liu - this time the margin of difference.. 55 one thousandths of a second - providing the local BBT Ferrari team with two front row starts to conclude the season.

With more rain predicted for race day, and concern within the ranks of the #55 Lamborghini team that their pace may not be quick enough in wet conditions, the scene is set for yet another dramatic conclusion to a GT Asia Series season, a season decider you will not want to miss..!

Davide Rizzo (#37 BBT Ferrari 488 GT3):  “That was important for us and it was our goal - both Anthony and I were focused on pole, but both of us missed it by less than a tenth of a second to be on the front row for both races. Of course track experience in these conditions was important, so too getting ahead of at least one of the Lamborghinis, because we saw last time that the second car was there to try and stall our progress forwards and we managed to do that. Now it’s onto the races!”

Edoardo Liberati (#55 FFF Racing Team by ACM Lamborghini Huracan GT3):  “We’re not 100% happy to be honest. Our wet weather pace is not as good as it could be, but the team will work on the cars overnight to do what we can to make up some ground. I have to thank Andrea for a great lap in Q2 to give us pole position, now we have to focus on the races and being both fast and staying out of trouble, it’s going to be an important day for all of us.”