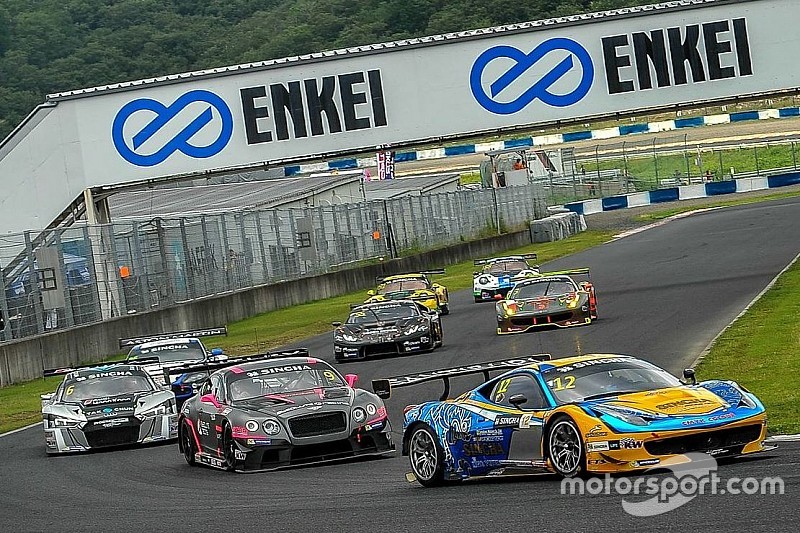 2016 has been a watershed year for the GT Asia Series with record media figures across the season, buoyed by the introduction of live broadcasts through Asia on FOX Sports and through China on Star Sports, but just recently, the internet provided another indication that the Series reach has grown exponentially this year.

“At the most recent round of the GT Asia Series in Shanghai, we were able to provide the live program to 27 different online media platforms in China, with a recorded viewing audience of more than 6.3-million people,” David Sonenscher, the CEO of Motorsport Asia Limited confirmed.

“From the opening round in South Korea we were able to see significant jumps in our media numbers, thanks to the FOX Sports and Star Sports live figures, but China was always an audience we were focused on with our social media platforms, and we were able to get a glimpse of the size of that market with the Shanghai event.

“Overall our media figures have been up significantly, from online, to television and importantly, these numbers are global. GT Asia has also appeared in all the major motorsport media around the world this year, it has achieved significant print exposure through the efforts and successes of our drivers both within the Series and internationally, and our social media figures are regularly in the millions.”

With just one event remaining on the 2016 calendar and with 13 drivers in with a mathematical chance of championship victory, there is really no surprise that the profile of the GT Asia Series has taken a big step forward this year, the competition has been immense, with almost any car in the field capable of making the podium.

“Shanghai was a prime example of how close things have been,” Sonenscher added. “We had eleven cars within a second in qualifying - that was five different marques - and the opening race saw three cars cross the line after 60-minutes of intense racing covered by just two tenths of a second. That has to make us one of the most competitive GT categories racing anywhere in the world!”

The GT Asia Series is sanctioned by the FIA as an International Series and is clearly recognised as the Region’s leading GT Championship. It is solely managed and promoted by Motorsport Asia Ltd and is backed by Singha, Michelin, KW Automotive, Motul, Race Room, Panta, YOFC and Tunewear.