The Asian Le Mans Series continues to prepare for their 2013 season with special interviews. The first one of the New Year is with Rainey He -- one of China’s most successful and well-known drivers.

Our first interview of 2013 comes courtesy of Rainey He, one of China’s most successful and well-known drivers.

Rainy discusses the impact the Asian Le Mans Series will have on Chinese motor sport and how the Series will help inspire both current and future Chinese drivers.

He Xiaole (Rainey He) is a well-known name in Chinese Racing, having participated in the China Touring Car Championship (CTCC) from 2003 until today, consistently achieving podium results. 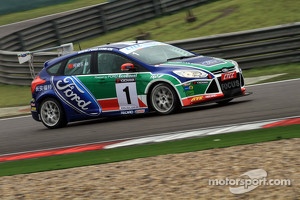 Photo by: Rainey He

He’s also worked for a number of manufacturer racing teams and has held a seat with CHANG’AN Ford Racing Team since 2007. Over the past 7 years he has won 5 different manufacturer cup championships.

From 2008 to 2010, he participated in three racing seasons of the Asian Formula Renault Championship (AFR), from which he obtained specific formula racing drive experience.

Over his career, Rainey has established himself as a driver capable of competing and succeeding in many different kinds of cars and on track across China and Asia!

What do you think of Asian Le Mans Series? Why you are interested on this Series? "In my opinion, the Le Mans 24 Hours is a long-cherished dream for every racer around the world.

Achieving results on par with Mr. Le Mans, Tom Kristensen, is an objective pursued by each driver because the effort and focus of drivers, teams and all involved with the race exceeds that of F1 and WRC.

And I’m not an exception to this dream. However, until now it has not been realistic for an Asian driver, especially for a Chinese driver, to expect to participate in the Le Mans 24 hours or WEC (World Endurance Championship).

We lack familiarity with the tracks and environments in Europe and often lack the proper support from sponsors to compete at the highest levels in Le Mans.

However, now with the Asian Le Mans Series we have a much more realistic path to secure a position on the Le Mans 24 hour starting grid." 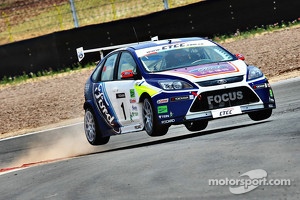 Photo by: Rainey He

As each car for the series requires an Asian racer and the team where the champion winner serves will be entitled to access to Le Mans 24 Hours, it gives us an opportunity to make a mark on the global racing scene.

On the other side, the profile of the series also exposes Chinese drivers to more international sponsors, expanding their opportunities to connect with the growing base of local fans and supporters.

Moreover, it also offers the chance for more local brands to get involved with motorsports in China and across Asia.

Therefore, I will try my best to take part in it, so as to exert our team spirit perfectly as a member, make great efforts for the top position of the medal podium and return the sponsors with my best performance in the racing."

The Le Mans-winning car that almost wasn't entered at all