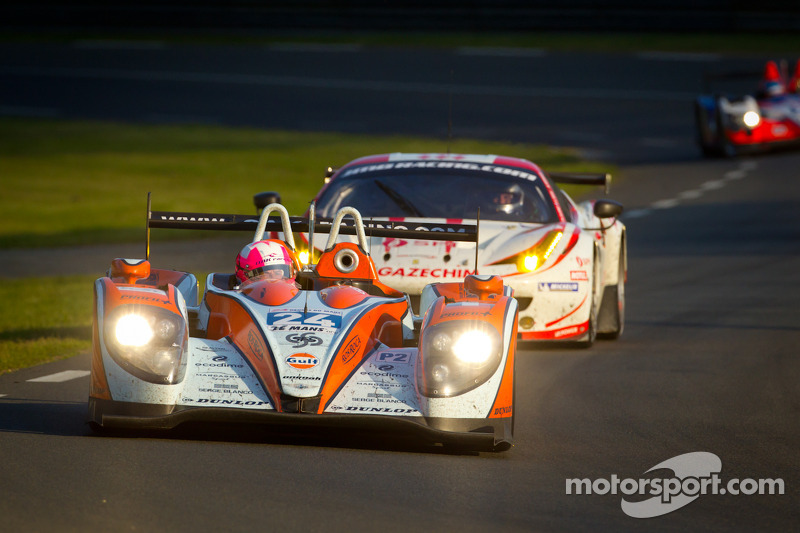 In the ongoing series of interviews of various stakeholders in the 2013 Asian Le Mans Series, this week Jacques Nicolet this week, team principal for Oak Racing and a Le Mans 24 Hours driver himself.

Jacques Nicolet was born on April the 5th 1956 in Monaco and is a French businessman and endurance-racing driver. Although he didn’t drive in his first race until 1998, motorsport has always been his passion. He started competition in Classic Cars Series and achieved numerous podiums finishes in different series such as VdeV or Classic Endurance Racing driving cars like Elva MK7S, Costin Nathan, Chevron B16, Lola T298 and March.

At the end of 2006, Jacques Nicolet bought a racing team, Saulnier Racing, located at Magny-Cours. The same year, he took part in his first Le Mans 24 Hours race; a tradition for which he has become a dominant force in the circuit, regularly achieving podium finishes.

We aim to help our customers to be ready for the Asian LMS...

Two years later, in 2009, he achieved a podium finish at the legendary race with the Pescarolo- Mazda LM P2 (a sport prototype he launched in 2008). He competes with OAK Racing as a silver graded driver and enjoys an on-going successful career.

As a businessman, he is the Chairman of the Supervisory Board for Altarea SCA, a French real estate investment and development company, which he co-founded in 1994

Question: Could you tell us a little bit about your company? OAK Racing is a racing team as well as a LM P1 and LM P2s ‘constructor with its own in-house design office. Onroak Automotive is the name of the constructor division that is in charge of the conception and manufacturing of the cars and selling the Morgan LM P2 chassis. At the moment Onroak is working on a brand new LM P1 car, which will meet all 2014 ACO/FIA regulations. OAK Racing employs around 40 people and is located at the Technoparc des 24 Heures just a stone’s throw away from the legendary Le Mans circuit.

The champions of LMP2, GTE and GTC categories in Asian LMS Series can obtain tickets to enter the 2014 24 Heures du Mans. What do you think about this opportunity? This is a really good opportunity for local Asian teams to get a car into the Le Mans 24 Hours which otherwise could be very difficult. It is what happened to our customer KCMG, the Chinese team, which was lucky enough to gain an entry to the Le Mans 24 Hours this year after entering the Asian LMS! All the competitors in the Asian LMS will gain recognition from their peers as well as fame in their own country and abroad. This will help the series to get well known in the world. On top of that, for passionate people, Le Mans is an iconic race and the aim of every endurance driver! 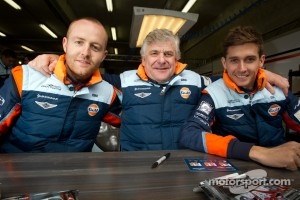 In your opinion what is the most important factor for the success of Asian LMS? The series need to get as many competitors as possible in each class.

Could you share with us your future plans for 2013 Asian LMS? As a manufacturer we are really concerned by the Asian LMS, which is a very promising series. We will offer technical support dedicated to the teams running the Morgan LM P2s in order to help them with the set-ups, as we do in Europe. A spare parts service will be devoted to the Asian LMS and Onroak Automotive will maintain a base in Asia, probably in Zhuhai, close to its customers. We aim to help our customers to be ready for the Asian LMS and Le Mans as quickly as possible.