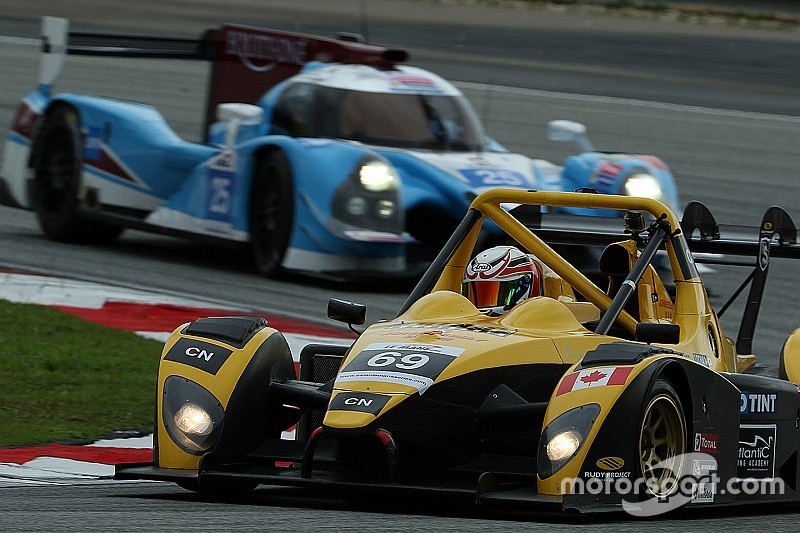 John Bryant-Meisner made a strong return to international motorsport following a one-year absence when he showcased chart-topping pace in Sunday’s Asian Le Mans Series round at the Sepang International Circuit in Malaysia.

Bryant-Meisner, 21, shared a Wolf GB08 prototype with team-mates Zen Low (Malaysia) and Toshiyuki Ochiai (Japan) in the CN category, comfortably setting the pace in class in qualifying and hauling the squad into an overall seventh place on the grid for Sunday’s three-hour race.

I definitely hope to do the 12 Hours next month,

Once the lights went out – in temperatures soaring near 40 degrees Centigrade – the Swede immediately opened up an early category lead, gradually increasing his advantage across a 90-minute stint that also saw him set the fastest lap of the race.

However, CN victory eventually befell rivals Giorgio Maggi/Denis Lian, the duo needing to make just a single driver change instead of two to take a late and decisive lead.

“It has been a very positive weekend, first and foremost in terms of finally being back behind the wheel,” says John Bryant-Meisner. “I got back into the rhythm surprisingly well, and I was happy about my pace. It would obviously have been nice to win, but we always knew that would be difficult with the extra pit stop we had to make. This was actually the first time I ever drove a stint of more than 35 minutes, but I think I did alright – despite the heat. The team were pleased with my performance, which was the main thing, and I really enjoyed racing at Sepang.”

Looking ahead, Bryant-Meisner now hopes to contest the Sepang 12 Hours for GT and touring car machinery on December 11-13.

“I definitely hope to do the 12 Hours next month,” Bryant-Meisner continues. “It would be great, and I’m confident I could do a good job. I learned a lot about the circuit this weekend. GT and endurance racing is getting increasingly popular at the moment, so I’d certainly like to be a part of that in the future.”