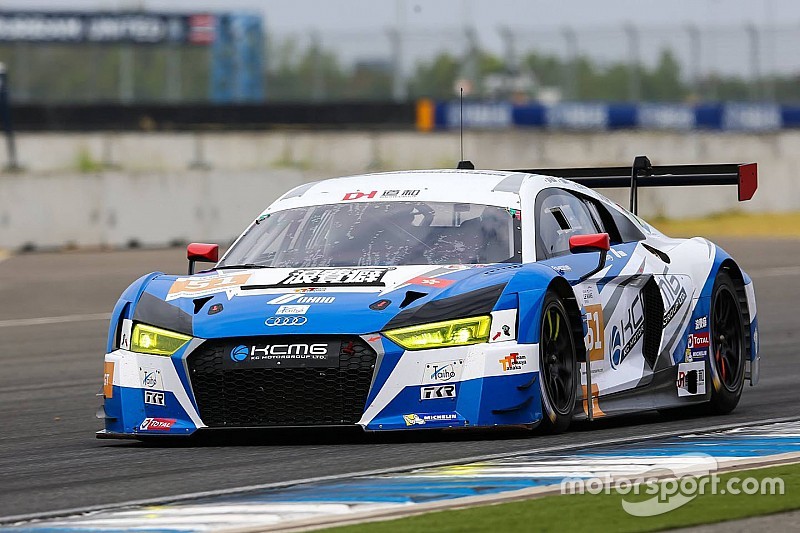 The Japanese trio’s maiden outing on Buriram’s 4.55km circuit was a fresh challenge that highlighted an aim to produce positive results in the blue and white Audi GT3 car. Two free practice runs allowed the drivers to get familiar with Chang International Circuit’s technical configuration and clocked the 12th fastest times in class for both sessions.

Qualifying saw KCMG place the #51 Audi R8 in 10th position for the GT grid. Despite this disadvantage, the drivers pushed to make headway and keep the pace consistent throughout the four-hour endurance race. However, several setbacks hindered the #51 GT from gaining ground - ultimately resulting in a 10th place class finish for the 4 Hours of Buriram.

Ryuji Doi, KCMG Head of Motorsport: “Despite the tough outing in Buriram, the drivers have learned a lot and I’d like to commend them and the entire team for their great effort throughout the weekend. It was nice to kick off 2017 with this event in Thailand and we’re now preparing to wrap up Asian Le Mans’ 2016-2017 season, hopefully on a high note, at Sepang in a few weeks. It will be another busy year for KCMG and we will announce more about our programmes for 2017 in the coming weeks.”

Second win of the season for Jackie Chan DC Racing

The Asian Le Mans Series heads to Sepang for the final