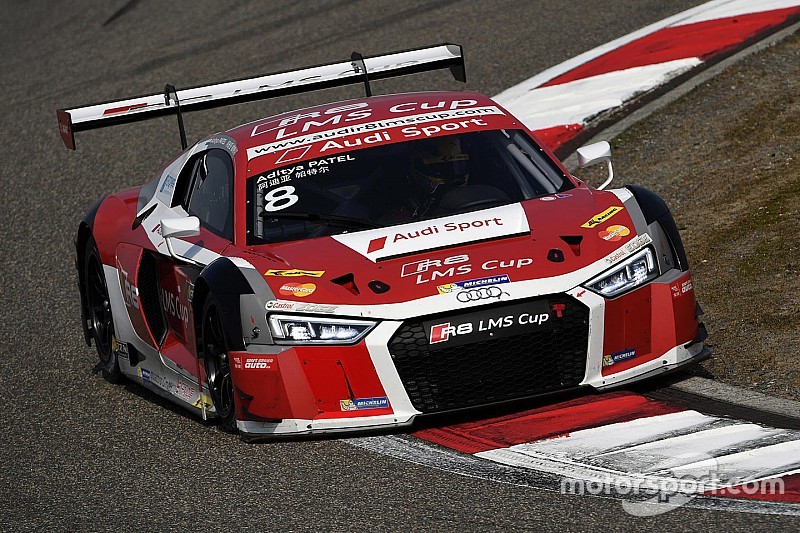 After a solid practice, Patel looked set to get into the Super Pole, but a mechanical issue meant the Indian couldn't set a laptime and was forced to start from the back of the grid in Race 1.

Despite the disadvantage of starting from the back, it didn't deter Patel's chances as the JK Tyre-backed driver was on-song in Race 1, to put himself inside the top 10.

The Chennai-based driver scored points to end ninth in the race having gone past six cars, finishing just 0.581s behind eighth placed Kyoung-Ouk You.

Up ahead, Rump overtook Yoong to take a dominant win, while Picariello with the 50kg success ballast could manage no better than third.

For the final race of the season, Patel started from third and gained a place in the first corner to slot himself behind leader Rump, while keeping Yoong at bay.

The Audi India-backed driver was then on Rump's tail all-through the race, but couldn't get past the Estonian after the safety car period helped Rump manage his tyres to stay ahead.

Even with the 50kg ballast Rump was able to fend off late pressure from Patel as drama behind saw Shaun Thong end on podium in his first outing, after a clash between Yoong and Picariello.

In the end, with the contact Yoong retired from the race while Picariello came home in eighth, but was handed a 30-second penalty which demoted him outside the points.

As a result, Yoong took his third consecutive LMS Cup title by just one point, while a better weekend for Patel saw him jump two places in the standings to finish sixth with 80 points.

Pleased to finish on high

With his first podium of the season in 12 races, Patel had mixed emotions after the race looking back at how 2016 went.

"I think this whole weekend, my pace has been a little better than its been right through the year," he said.

"Unfortunately, qualifying didn't go my way, the car stopped but I completely enjoyed the race, enjoyed fighting with Martin [Rump].

"Hats off to him with all that weight, it's not easy. Normally when you see the safety car and you are second placed car then you are happy.

"But I wasn't because I knew that bought Martin some time with his tyres and I tried my best where I could, I didn't want to do anything stupid because the whole year has been so tough.

"So, I just wanted to finish the race and if I had the chance to win I would, I am a little disappointed in myself but yes at the end it is nice to finish with the podium," he rounded off.