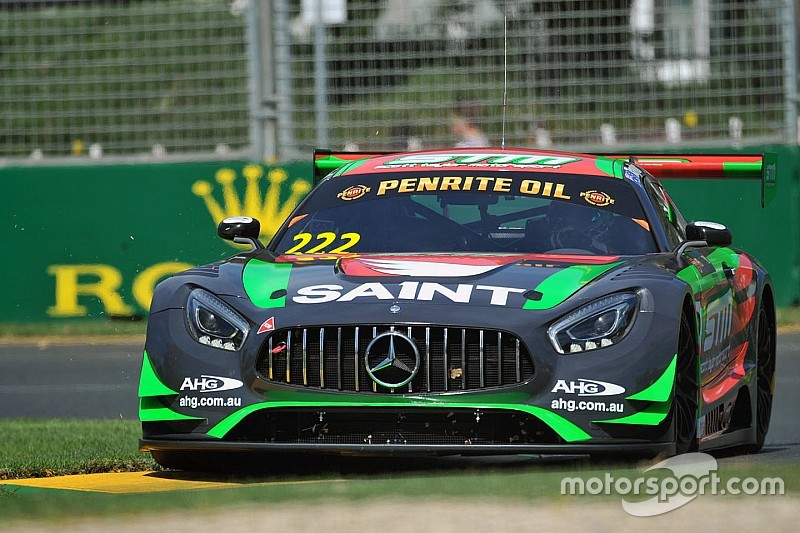 Mercedes pilot Baird and Audi driver Chris Mies staged a race-long battle for the lead, with the German ultimately getting to the line first.

But not by enough. With no pit-stops during the 25-minute races at Albert Park, regular compulsory stop times are added to final race time – and that was enough to give Baird Race 1 honours despite being second on the road.

Mies was still classified second, ahead of the Audi R8 of Marcus Marshall.

Andrea Montermini was fourth in the brand new Ferrari 488 GT3 – which is running as an invitational car this weekend after its homologation papers didn’t come through – while George Miedecke was another to benefit from a shorter pit-stop time, taking fifth.