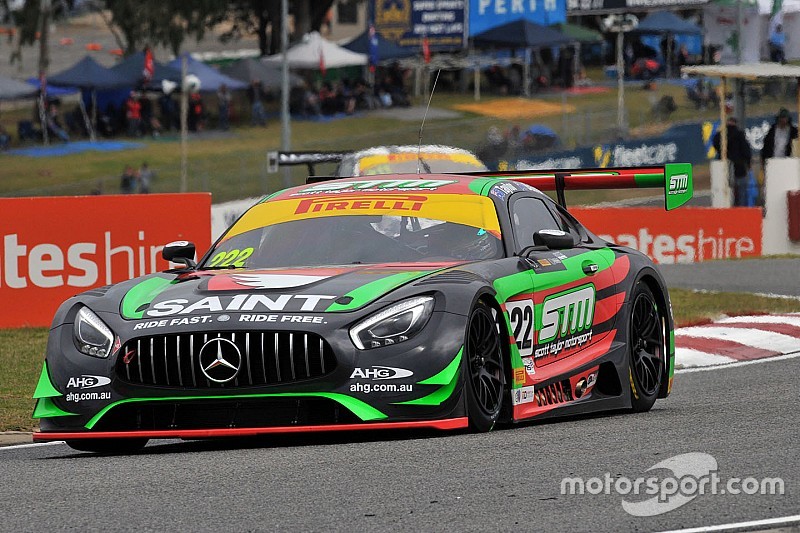 Emery crashed out of the race on the opening lap, the Jamec Pem Audi hitting the wall at the exit of Turn 7 head-on after a small rub with Roger Lago’s Lamborghini.

The race continued under Safety Car for 20 minutes before it was suspended.

Safety crews extracted Emery through the Audi’s roof before taking him to hospital for further checks after complaining about lower back pain.

The race was eventually re-started with 19 minutes to go, officials altering the format so that the red flag counted as a compulsory stop, with 50 per cent of the CPS time added to the final race time.

That made it a bizarre race within a race, Baird charging through to finish P1 on both the road after the times had been applied.

Nathan Antunes and Elliot Barbour were classified second after finishing fifth on the road, with John Martin and Aaron Tebb giving the Walkinshaw Porsche its first podium with P3.

Klark Quinn, who finished second on the road, was classified in fourth.