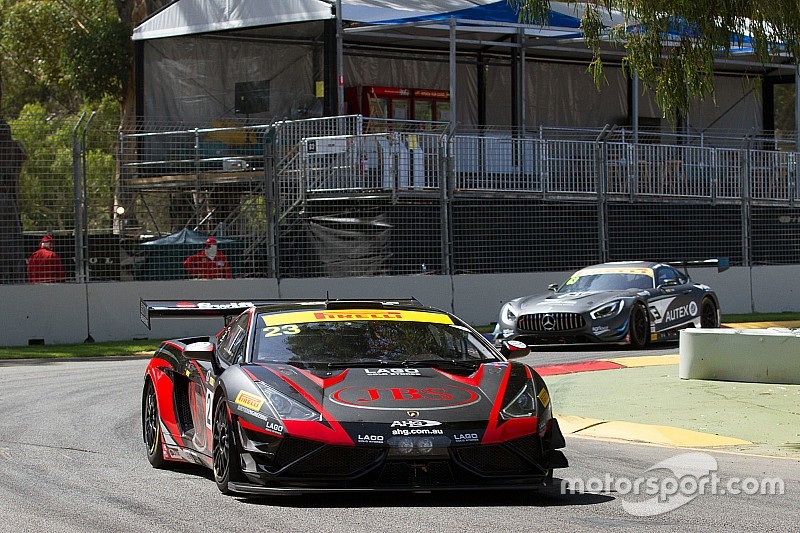 Roger Lago has won the opening race of the 2016 CAMS Australian GT Championship.

The Lamborghini driver made the most of having a short pit-stop as a solo driver, as well as a fortunately-timed Safety Car, to find himself in the lead after the stops shook out.

He then went on to comfortably win the 38-minute sprint, holding an 8.7s lead at the finish.

The race looked as if it may be a fight between the #1 Audi of Christopher Mies/Geoff Emery and the #222 Mercedes of Scott Taylor/Craig Baird in the opening stages, with the two teams splitting strategies – Emery starting the Audi, and Baird in the Merc.

But a Lap 8 Safety Car, called when Hayden Cooper beached his Lamborghini Gallardo, made life tough for the front-running crews, as Baird’s early lead evaporated, and Mies was left with two much to do in the second stint after his long compulsory stop.

Mies did manage to recover to P10, but the Baird/Taylor entry wound up back in P17.