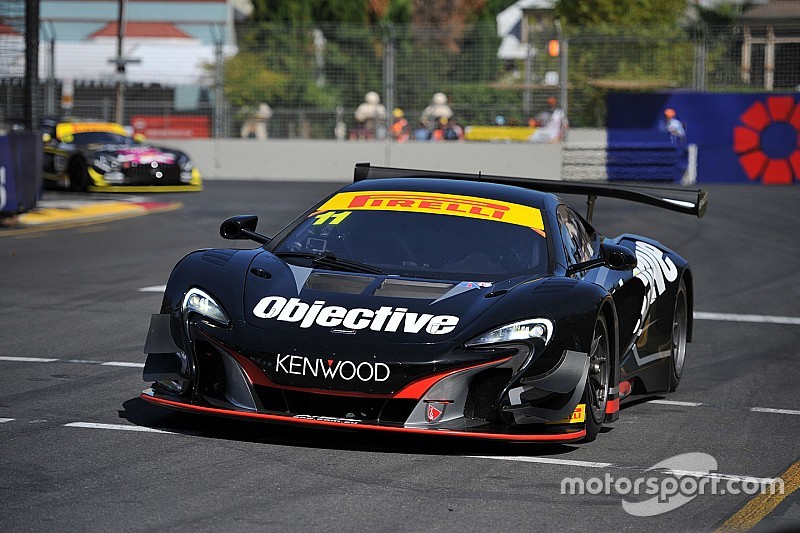 Tony Walls won an action-packed final race of the opening round of the 2016 Australian GT Championship season at the Clipsal 500.

The beginning of the race was marred by a nasty crash between Race 2 winner James Koundouris and Mercedes driver Peter Hackett, with Hackett drilling the back of Koundouris’s Audi at Turn 9, sparking an early Safety Car.

When the race re-started it was solo driver Roger Lago who made a great jump and took the lead, only to have pro driver Craig Baird, in the #222 Mercedes, take over at the front on Lap 9.

Lago and the #222 swapped spots again shortly after the compulsory stops, the Lamborghini driver passing Scott Taylor – who replaced Baird in the Merc – for P1 after Taylor tagged the wall lightly at Turn 1.

That should have set Lago up for his second win of the weekend, but he Queenslander made a crucial error on the final lap of the race and ran down an escape road. He then tagged the wall attempting a flick spin, ending his race on the spot.

McLaren driver Walls, meanwhile, had also got past Taylor and moved into second place, which ultimately became the lead after Lago’s off. All he had to do was hold of Glen Wood’s Lamborghini, which he narrowly managed to do, to take victory.

Wood and co-driver Justin McMillan finished second, with Matthew Solomon third in his Mercedes after turning Taylor around late in the race.