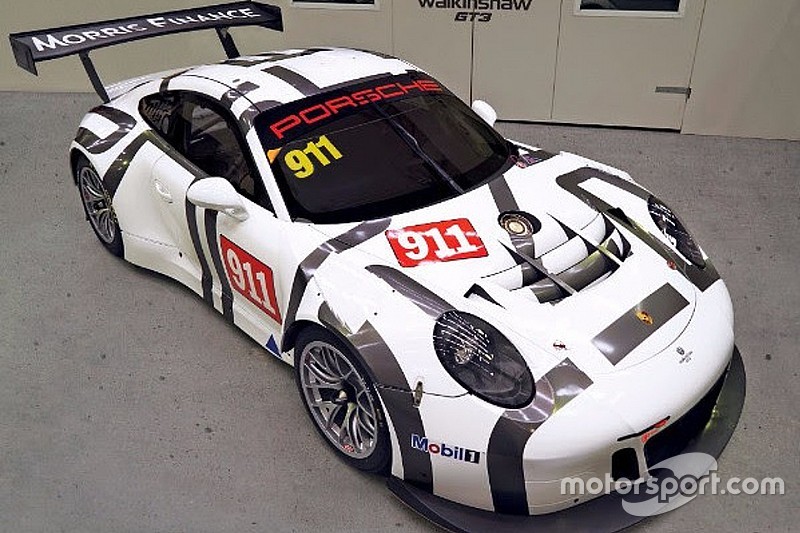 Walkinshaw Racing has taken the covers off its brand new Porsche GT3 R, ahead of the car’s debut in the Australian GT Championship debut in less than a fortnight.

The factory-supported entry will carry a familiar look, the livery mimicking the one Porsche used on its Le Mans-winning LMP1 car in 2015.

“Porsche Cars Australia is proud to be debuting the first 911 GT3 R in Australia so I think the livery is fitting,” said PCA’s motorsport manager KurtSakzewski.

“There has been a huge build up to the car’s arrival on Australian shores and we have worked closely with Walkinshaw in the lead up to their entry into the Australian GT category.

“The livery looks fantastic and I have no doubt it will attract a lot of attention when it races for the first time in Perth.”

The GT3 R is making its testing debut at Winton today.

“The Porsche arrived at the workshop last Monday morning and work immediately begun; the first item on the to-do list was the livery and it took two days to complete this,” said Walkinshaw GT3 team manager Mathew Nilsson.

“While the car effectively arrived ‘race ready’ we still had to prepare and install the Australian GT regulation equipment, then conduct the necessary system checks before we put the car on the circuit.

“Fortunately the car left Germany earlier than expected which helped tremendously with the preparation and I have to thank everyone at Porsche Australia and Germany for that.

“We have a busy schedule over the next couple of weeks starting with our first test at Winton today.”

John Martin will lead the driving duties when the car makes its AGT debut in WA early next month.