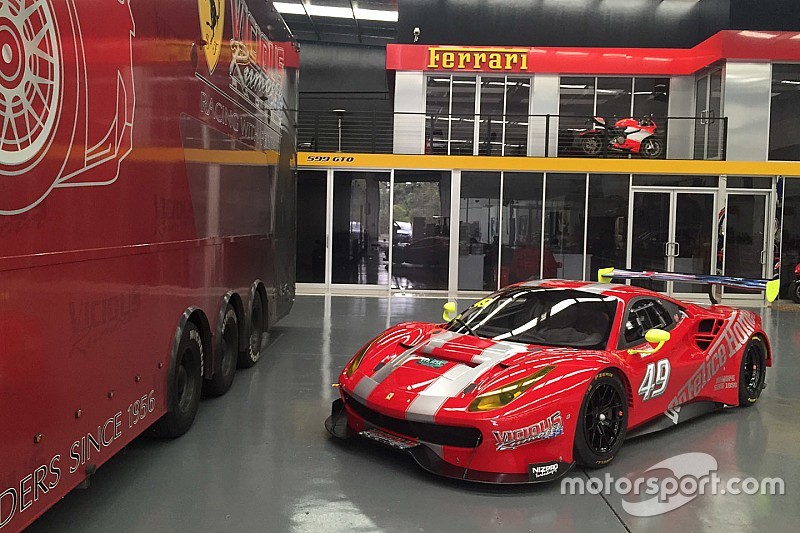 The first brand new Ferrari 488 GT3 has touched down in Australia, with Vicious Rumour Racing having taken delivery of the car.

The team is planning on running the new-generation GT3 car in the CAMS Australian GT Championship this season, kicking off with the second round at the Australian Grand Prix next month.

Members of the Vicious Rumour squad have already been to Italy to get aquatinted with the car, which was shaken down at Fiorano before being shipped to Australia.

Ferrari will also send technicians to Australia to work with the team at Albert Park, which will mark the global race debut of the 488 GT3.

The car will be raced by former Formula 1 driver Andrea Montermini, alongside Benny Simonsen.

“It takes the lessons of the 458 GT3 and improves in every aspect.

“It's a purpose built GT3 car where the 458 was a road car that had a couple of upgrades to make it a GT3 car. It had some limitations because of that, which the 488 doesn't have.”

The car will run a limited programme in Australian GT this year, ahead of a planned full assault in 2017.