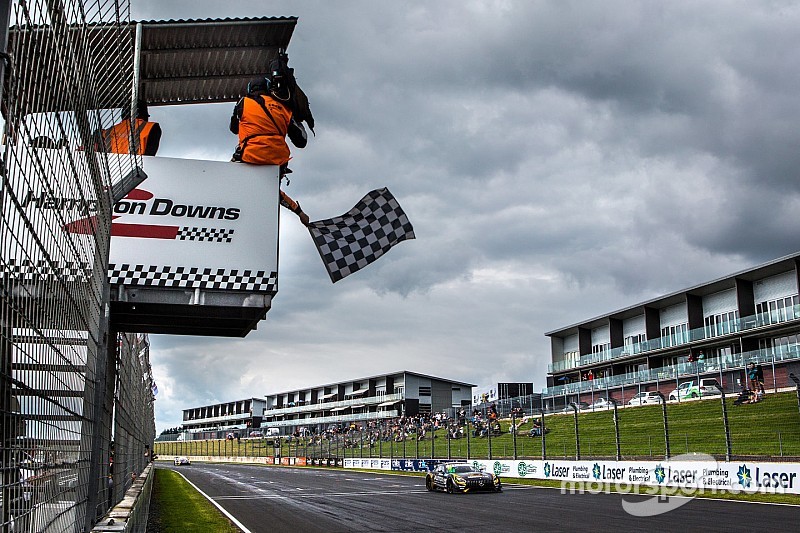 Peter Hackett and Dominic Storey took a comfortable win to kick off the New Zealand swing of the Australian Endurance Championship at Hampton Downs.

The early part of the race was dominated by polesitter Liam Talbot (Walkinshaw Porsche) and the YNA Autosports McLaren of Fraser Ross. The pair duked it out for the lead over the opening 30 laps, Talbot narrowly managing to keep the McLaren at bay.

Hackett managed to climb into the lead group during the first stint as well, having been dropped to the back of the Top 10 for the start after picking up a penalty for being too late to pitlane for the Top 10 Shootout on Saturday.

It was when the stops kicked off that Hackett and Storey took control of the race. With both of the early leaders hitting problems – and ultimately penalties – it was a free kick for the Eggleston Mercedes.

For Talbot and John Martin the issue was speeding in the pits, which led to a drive-through. To add insult to injury the car was then struck with an electrical problem, making life hard for Martin in the second half of the race.

Ross and co-driver Alvaro Parente were hit with a drive-through as well, for having too many people working on the car during the stop.

With both of those cars out of contention, New Zealander Storey was able to cruise to a 27s win.

“I’m absolutely ecstatic,” said Storey. “To come on home soil makes [the win[ all the sweeter.

“This makes up for all the hard work and the hard times.”

Talbot and Martin recovered to finish fourth in the wounded Porsche, ahead of Tony Quinn and Andrew Waite (McLaren).

Ross/Parente were just sixth thanks to their penalty.