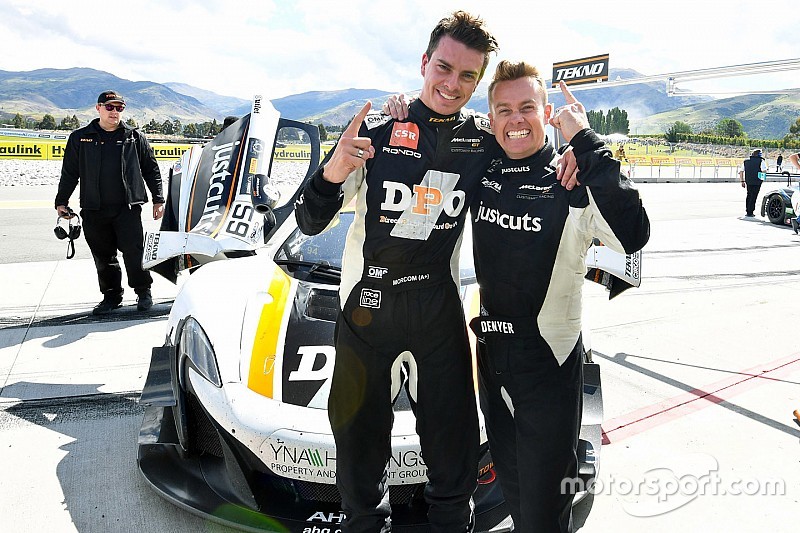 Craig Baird and Michael Almond took out the Highlands 101, while Nathan Morcom and Grant Denyer sealed the Australian Endurance Championship with a hard-fought eighth place.

Having grabbed pole early in the day, Baird streaked into an early lead in the Scott Taylor Motorsport/Erebus Mercedes. Almond then put in an impressive performance to keep the car out front, Baird finishing the job off by withstanding a late challenge from Greg Murphy in the Darrel Lea Aston Martin.

Baird later dedicated the win to car owner Scott Taylor, who is recovering from a Carrera Cup crash last month.

“It’s nice to be able to win this one for Erebus,” said the Kiwi.

“We had a good start, a good strategy and the team worked really well together.

“The main thing for me is we picked up a couple of trophies for (team owner) Scott Taylor. It’s just fantastic for him after injuring his leg at the Gold Coast.”

Murphy and Tony Quinn finished second, ahead of the Aston Martin of Andrew and George Miedecke.

Further back in the field, the focus was on the title fight. Morcom and Denyer went into the race leading the points, but their chances hit a serious bump mid-race when their Tekno McLaren overheated and went into limp mode.

The pair managed to nurse the McLaren home in eighth place, doing enough to seal the 2016 Australian Endurance Championship.

"The car was in limp mode all day and we were two seconds a lap off the racing pace,” said Denyer.

"We were a shot duck and all we were doing was try to get it to the finish. We did it and it’s bloody amazing!”