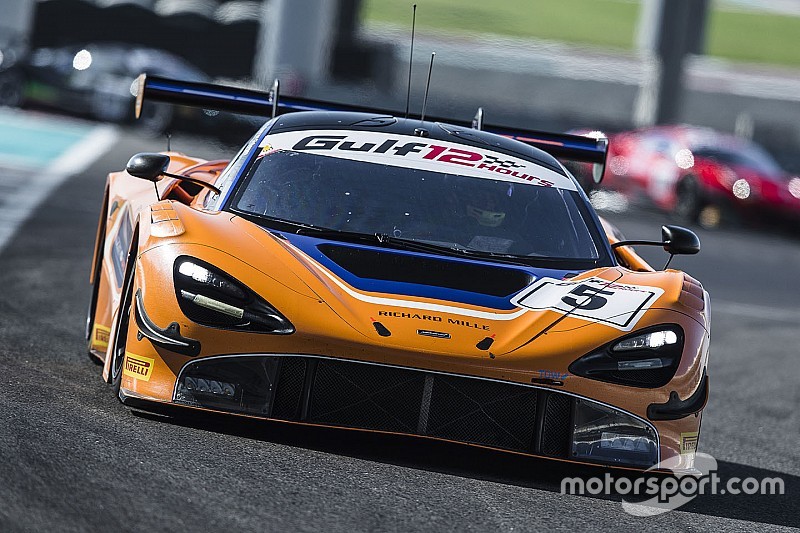 The new McLaren 720S GT3 car will race for the first time in the hands of a customer on the support package of next weekend's Formula 1 Australian Grand Prix.

The car, which has been developed in-house by the new motorsport department at McLaren Automotive, will be given its customer debut in Melbourne on March 14-17 by local team 59Racing.

It will be the second race outing for the 720S after a solo entry by the factory under the McLaren Customer Racing banner in last December's Gulf 12 Hours at Abu Dhabi's Yas Marina circuit as part of the car's development programme.

The newly-established 59Racing squad, which is based in Melbourne, will field its 720S in the full Australian GT Championship, which kicks off with the F1 support event.

The team takes it name from the race number of the McLaren F1 GTR that claimed overall victory at the 1995 Le Mans 24 Hours.

Its 720S will also run race number #59 and will compete in McLaren's iconic orange colours.

Fraser Ross, a frontrunner in the championship with the McLaren 650S GT3 over the past two seasons, will drive the car in the full championship.

McLaren Automotive motorsport director Dan Walmsley said: "It is great to welcome another new team to the McLaren customer racing family, with the launch of 59Racing, which will be the first of our teams to take to the track in competition with the 720S GT3.

"Premiering as part of the F1 race activity, with 59Racing running in its home race, is a fantastic platform for the team and McLaren alike."

There are four Australian GT races on the schedule over the Melbourne weekend.

How Ricciardo banished his Monaco ghosts in 2018