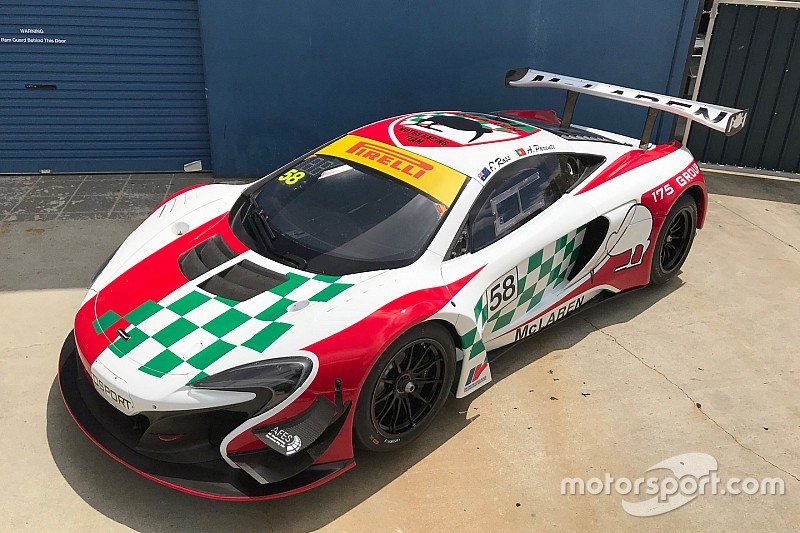 McLaren factory driver Alvaro Parente will partner Fraser Ross in the YNA Autosport/McElrea Racing at this weekend’s Hampton Downs round of the Australian Endurance Championship.

The Portuguese driver returns to Australia for the New Zealand swing of the Australian GT series, with Parente set to partner Ross in the YNA McLaren at both this weekend’s Hampton Downs 500, and the Highlands 501 next month.

While this weekend will mark Parente’s Australian GT debut, it won’t be his first outing on Aussie soil; back in 2016 he was part of the Bathurst 12 Hour-winning line-up alongside Jono Webb and Shane van Gisbergen.

He’s also coming into this Hampton Downs race off the back of a third place at the California 8 Hour at Laguna Seca last weekend.

"To have Alvaro is a big boost, not just for the team but for myself to be partnered with him," said Ross.

"We met at the Bathurst 12 Hour, and we've spoken all year – he sent me a nice text after I won at Sandown, which was really good!

"I've a really good rapport with him, so I'm really looking forward to it."

The YNA McLaren will run a special livery to celebrate the trip to New Zealand, with the original McLaren Racing Team logo on display as a tip of the hat to Bruce McLaren.

"I think it's fantastic to go back where McLaren originated from with this livery, I'm a big fan of McLaren so it's great," Ross added.

"To have this level of heritage with a race car, and a factory driver like Alvaro, is really a highlight of my career."