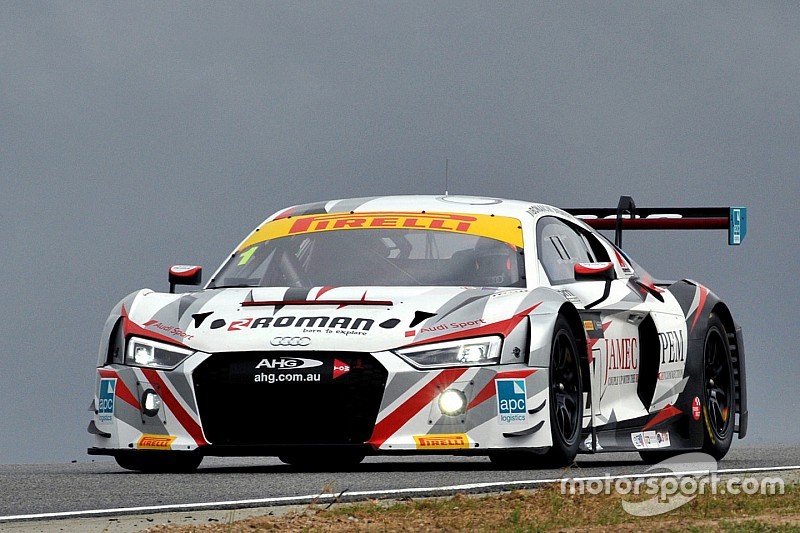 The Jamec Pem Audi driver crashed at the end of the opening lap of yesterday’s one-hour race, hitting the wall at the exit of Turn 7 head-on after light contact with Roger Lago’s Lamborghini.

There was a 20-minute Safety Car period, followed by the race being suspended, as he was extracted from the Audi R8 before being transported to hospital thanks to complaints of lower back pain.

The Australian GT Championship has now released an update on Emery’s condition, confirming that he is still in Royal Perth Hospital, but is in a stable condition.

“Among those who have visited Geoff was co-driver Marco Bonanomi, who passed on the Pole Position Trophy the duo secured during qualifying on Friday.

“Geoff wishes to thanks the excellent medical staff at Royal Perth Hospital, and appreciates all the well wishes he’s received.”