David Poole covered NASCAR in a way no one else every could, his final stories for the Charlotte Observer covered this past Sunday's NASCAR Sprint Cup Series Talladega race; one filled with the usual racing drama. Remembering David ...

David Poole covered NASCAR in a way no one else every could, his final stories for the Charlotte Observer covered this past Sunday's NASCAR Sprint Cup Series Talladega race; one filled with the usual racing drama. 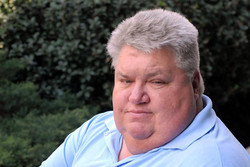 It is with sadness that today, April 28, Motorsport.com has learned of the unexpected death of a colleague. Poole was 50 at the time of his death. He is survived by his wife Katy; sons Matthew and David; daughter Emily; and his two-year-old grandson Eli.

Many of us who cover motor sports have had the honor to not only meet Poole but see him in action. Poole was his own man who had guts, integrity and ethics. He was one of the ultimate professionals.

O. Bruton Smith, Chairman and CEO, Speedway Motorsports, Inc., which includes the Lowe's Motor Speedway just outside of Charlotte, said in a press release today: "David Poole was a special person and a friend and I miss him already. This is a big loss for the coverage of motorsports. He was truly one of the nation's best and he always wrote what he believed.

"Whether you agreed with him or not, he made us all think and that's what the best writers do. He cared about what he did and had a passion for his work. It came through in what he wrote every day. David didn't always write what was the popular opinion and I have a lot of respect for that. To equal what he did, the Charlotte Observer will probably have to hire three people. The world of racing is going to miss him for a long, long time."

For 13 years, Poole was the one who covered NASCAR for the Charlotte newspaper and it was not an easy task considering most of the teams have their shops in or near the Charlotte area which kept him on the go when news broke and he had a deadline to meet or the times he was searching for the inside scoop. When NHRA ran for the first time at LMS, it was Poole who covered not only the event but the construction of the new dragway. He did it all when it came to motorsports action in the Charlotte area. 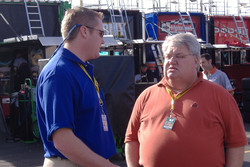 If just being a reporter who put the pen to the paper, or in this day and age hit the letters on a keyboard, to bring the news to the masses was not enough, Poole hosted "The Morning Drive" on the Sirius NASCAR Radio. Many of us looked forward to hear what he had to say as his passion for the sport came across all the time and we all appreciated the fact he never held back on the radio or in his words. Yet underneath that exterior of telling it like it was, Poole was truly a gentle man with a heart of gold.

He was respected by many in the world of motor sports, including the NASCAR staff, team owners and drivers.

Jimmie Johnson, the reigning Cup champion, said: "I am shocked and saddened to hear the news that our sport has lost David Poole. My thoughts go out to his family. He was someone who loved our sport and wasn't afraid to voice his opinion. That's what made him one of the most respected members of our media. I know I worked twice as hard to make sure I earned his respect. I am proud of what he has done for our sport and I know he will be truly missed by everyone in NASCAR."

"The NASCAR community is stunned and saddened by the loss of David Poole. David was as passionate about NASCAR as anyone and had very definitive opinions about the sport. He served the industry, and most importantly the fans, through his reporting and commentary in the Charlotte Observer and Sirius Satellite Radio. Our thoughts and prayers go out to David's family and friends. He will be missed," stated NASCAR Chairman and CEO Brian France. 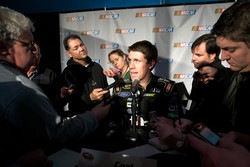 Poole was born on March 14, 1959 in Gastonia, N.C. He graduated from the University of North Carolina in 1981 with a degree of journalism. His writing career began in the halls of his local high school with the local community newspaper. He stayed with the Gaston Gazette while in college and after receiving his degree, he was named Sports Editor.

In April 1, 1990, Poole took a position with the Charlotte Observer doing the usual copy editing, page layouts and had a column. In 1997, his life changed when he was named the new NASCAR beat writer.

In a NASCAR podcast taken a few years ago, Poole said, "Consumed by football, editors simply forgot to hire a successor, according to David, who just happened to be off on the January '97 day when a boss called desperate for someone to attend that year's NASCAR media tour."

He then added, "And a month later I was in Daytona at the 500 as the Observer's beat writer and to this day, I'm not sure how that happened. That was 10 seasons ago. And the woman who is now my wife -- she and I were just friends at the time -- I told her about the opportunity and she said, "Don't do it!" And she reminds me of that about three times a week now."