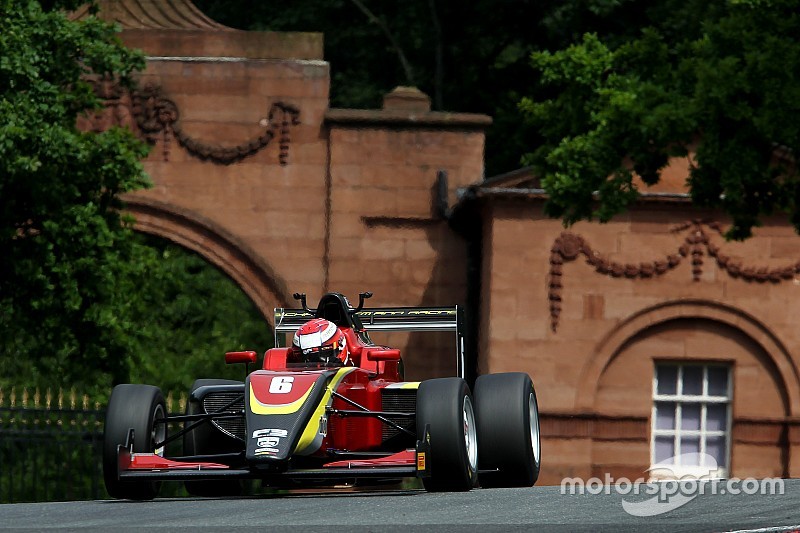 Krishnaraaj Mahadik believes his rookie BRDC British Formula 3 season was a good education for him, as he steps into international racing.

Driving for Chris Dittmann Racing, the Indian not only made his international racing debut but also in BF3 from the second round at Brands Hatch.

The Kolhapur-based driver was immediately on pace having recorded his best result of sixth in the third race of the Brands Hatch weekend.

Despite the promising start, the Indian couldn't extend further top 10 results in the remaining rounds, suffering few crashes, resulting in him having to sit out of four races due to injuries.

"The season was not entirely as it was expected to be," said Mahadik to Motorsport.com.

"I did have a lot of crashes through the season which is something nobody looks forward to and it was not very easy to deal with.

"Few of them were quite severe causing injuries, and missing couple of races, [which I] surely did not want that to happen," he added.

"[And] after having a positive result in Race 3 at Brands Hatch in my debut round internationally, I worked very hard and was aiming for more often top 8 results, but that did not work out very well.

However, Mahadik was upbeat with a 20th place finish, scoring 103 points after having missed as many as seven races in the season.

Although he was beaten by his American teammate Quinlan Lall, who missed the final round, the Indian managed to beat his other experienced teammate Jeremy Wahome by five points.

"Honestly it [racing internationally and India] does have a drastic difference in the competition and the tracks abroad.

"Having such talented drivers alongside for the season, I definitely have learned a lot throughout the year, and 2016 season definitely was a big learning step for me," he said.

With the BF3 stint being his first foray into international shores, having primarily competed in Indian single-seater championship run by JK Tyre, the Indian had much to learn.

"A few major things that I lacked from the top drivers were, firstly, track knowledge, I did not get adequate amount of time to spend in the car on all the tracks that the championship runs on.

"Simulator time, performance tests were also a few things. BF3 [run] definitely showed me pure passion and competition that is in racing."

As Mahadik continues to race in the Euro JK series in India, when asked about his future plans, the Indian said he will 'definitely' race in Europe next season, with a return to BF3 a possibility.

"My plans for 2017 are not all on the table yet, but we have BF3 into consideration," he said.

"I do feel very confident in the car and I feel I can perform well next season."

Reddy to race in British F3 Autumn Trophy round