John Bryant-Meisner takes first victory of the season at Silverstone 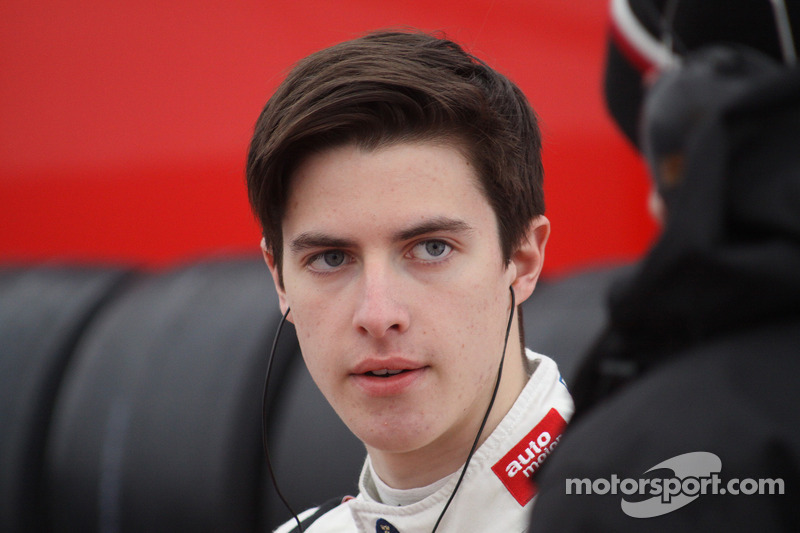 Not only did Bryant-Meisner take the overall win but the pole-sitter was also the victor in the Invitation Class. The National Class victory went to Edward Jones. When all was said and done, William Buller the right of being the points leader.

At Silverstone this afternoon John Bryant-Meisner (Performance Racing Europe) romped home to overall victory as well as winning the Invitation Class, leaving the rest of the field trailing in his wake as they completed 30 minutes of badly behaved racing behind the Swede. In the end William Buller (Fortec Motorsport) survived the attentions of the others to claim the International Class win from team-mate Felipe Guimaraes and Double R Racing’s Sean Gelael. The National Class victory went to Edward Jones (Team-West-Tec) who deposed Sun Zheng (CF Racing) in the closing stages of the race.

At the start Bryant-Meisner shot away into the lead while Nicholas Latifi (Carlin) claimed 2nd, after Jordan King (Carlin) stalled. Latifi had Felix Serralles (Fortec Motorsport) on his tail and it was soon clear that Serralles had the pace to pass the Canadian. A couple of corners later the Puerto Rican made his move. Latifi reacted by cutting across the Fortec car and they both ended up stuck mid-track, Serralles gesturing in fury at the Carlin driver.

That promoted Buller to 2nd ahead of Guimaraes, while Latifi and Serralles both pulled into the pits for speedy repairs. In the middle of the pack, National Class pole man Jones hit trouble when he went off at the end of the Hangar Straight and handed the class lead to Chris Vlok (Team West-Tec). The Kiwi was soon under pressure from another of the Team West-Tec drivers, Roberto la Rocca, while Cameron Twynham, also driving for West-Tec was 3rd at this stage.

While Bryant-Meisner streaked away, Buller settled in for the long haul, just as Jann Mardenborough (Carlin) started an attacking run that would eventually end in tears. He and fought his way past Guimaraes, who also lost a place to Jordan King (Carlin), and then set about Buller with perhaps more enthusiasm than the Irish driver felt was justified. An overtaking move at Brooklands was rebuffed fiercely, Mardenborough having to give ground to the Fortec driver. However, he wasn’t done yet.

Elsewhere, Serralles and Latifi had both returned to the fray, though the incident was under investigation. They were replaced in the pits by Vlok, who handed the National Class lead to Twynham when an electrical problem robbed him of full power and left the car sounding very rough indeed. That moved Zheng to 2nd and la Rocca 3rd. In the National Class mix now was Alice Powell (Mark Bailey Racing) who, despite running in the older National Class B category, was up to 15th and in no mood to stay there.

Shortly afterwards Zheng passed Twynham for the National Class lead, while behind them Jones was making a recovery drive, and Powell had forced her was past Walkinshaw for 14th. Vlok, meanwhile, had returned to the pits, the car sounding rougher and rougher with each corner he took. He’d made a deal to buy ice cream for the team if he made it onto the podium – it looked like they would have to buy their own treats this time.

The battle for the International Class lead was now well and truly on as well; King had caught up to the back of Buller and Mardenborough, while Bryant-Meisner was lapping Latifi. King wasn’t hesitant about tackling Mardenbrough, and his challenge when it came caused quite a reaction, Mardenborough squeezing him very hard towards the pit wall (these two are team-mates, lest we forget). Another attempt by King to get past was also resisted with perhaps more than necessary force, King backing off on the grounds that discretion is sometimes the smartest option.

Smart was not what Antonio Giovinazzi (Double R Racing) was opting for. It started with a black and white warning flag for not respecting track limits, but that failed to engage his attention. Having failed to respond in the way the race officials wanted, the Italian was next given a five second penalty, immediately added on to his race time. That dropped him behind team-mate Gelael on paper, even if he was still ahead on the track.

While Bryant-Meisner and Mardenbrough were also warned for the same behaviour, Giovinazzi continued to commit the same offences, eventually leading to a drive through penalty for the Italian. At the front, Mardenborough was back on Buller’s case again as they came up to lap Latifi. Overlooking the fact that Bryant-Meisner was 11 seconds clear now (making people wonder if they had actually disabled the “push to pass” software that had been on in qualifying), the interest was mostly in the 2nd place battle.

A further attempt by King to get past led to Mardenborough having a bit of a moment and going off as he cut across King and got pushed off as a result, King using him as an impromptu brake. To add to his misery, Mardenborough was awarded a five second penalty for not respecting track limits. None of that helped King as he limped into the pits, and out of the race. Mardenborough, meanwhile, dropped to 7th with the applied penalty. As a result Guimaraes was now 3rd from Giovinazzi, at least until the latter was hit with his drive through and Gelael ended up 4th instead.

In the National Class things were a lot calmer, though Vlok made his 3rd and final visit to the pits, while Powell was now setting about Liam Venter (Team West-Tec) for 12th overall. It didn’t take her long to find her way through, but then it all went wrong as the car coughed to a halt, unexpectedly out of fuel. It was a cruel blow. She wasn’t the last retirement though; that dubious honour went to Mardenborough, the Carlin driver pulling off a lap before the end with what looked to be deranged suspension.

Elsewhere, Buller was given track limits warning, as was Walkinshaw, the latter pitting in the closing stages of the race, going back out in last place as a result. Zheng was also still ignoring the track limits, which resulted in him being awarded a five second penalty. He stayed in the class lead, and looked set to win the National Class, but Jones had other ideas, hauling the Chinese driver in and passing him as the race drew toward its end.

Afterwards, Latifi was hit with a five grid place drop for Race 3 for the incident with Serralles. It didn’t help Serralles but at least some justice had been done.

First spoils to Buller at Silverstone