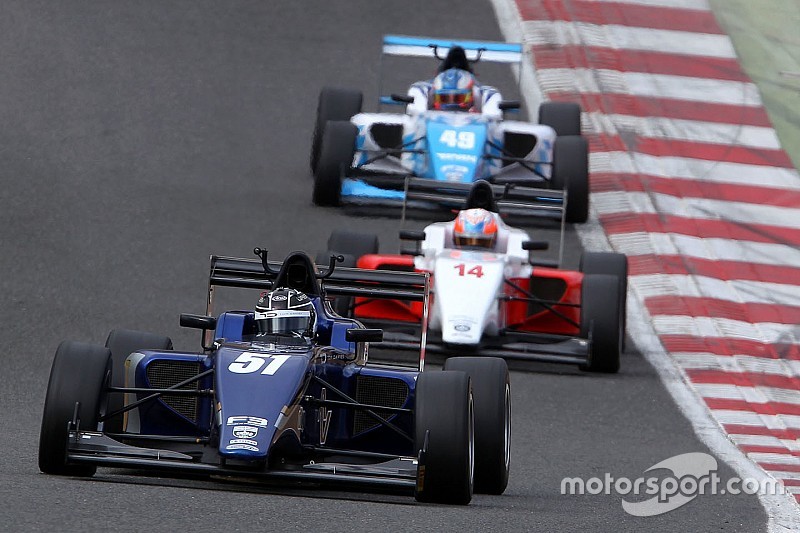 During practice, both Vaidyanathan and Mahadik showed flashes of pace with regular top 10 appearances.

The Chris Dittmann Racing driver was forced to site out of final practice on Friday after suffering a massive crash in FP3 at Druids corner, damaging his front end of the car.

Meanwhile, Rabindra was well off the pace of the front runners, finishing 15th, 18th, 14th and 16th in the four sessions while Tarun Reddy didn’t take part in practice due to educational commitments.

In qualifying, Vaidyanathan qualified an impressive sixth, 0.707s off the pace of pole-sitter Ricky Collard.

The remaining three Indians struggled in contrast, with Mahadik, Reddy and Rabindra only 16th, 17th and 19th quickest.

The opening Oulton Park race was in headlines because of a huge crash for Vaidyanathan, who went airborne after making contact with HHC Motorsport’s Sisa Ngebulana.

The Carlin driver suffered many airflips before coming to a rest at Cascades but fortunately escaped injuries after he was taken to the medical centre for precautionary checks.

The race was immediately red-flagged and results declared later in the day after efforts to resume it went futile.

Collard, who was leading the race at that point, was announced the winner, with Thomas Randle and Colton Herta filling the remaining two spots on the podium.

Due to their poor starting positions and limited number of laps to move up the order, Mahadik, Reddy and Rabindra finished 12th, 15th and 17th respectively.

Vaidyanathan, who admitted it was physically tough to race after his Saturday’s crash, and Reddy started the race from the pitlane in a bid to set the fastest time to gain a top grid spot for the final race of the weekend.

This compromised their race as they finished 20th and 21st respectively, behind Rabindra who was classified 16th.

The final race yielded no better results for the Indian drivers as neither of the quartet broke into the top 10.

Mahadik dropped down the order after starting on 11th, finishing 13th with Reddy right on his tail finishing only a second behind in 14th.

Lanan driver Rabindra was running 12th at one point, before a power loss dropped him to 16th, as Vaidyanathan, still recovering from the shock crash was 18th.

At the front, Collard took a lights-to-flag win to extend his advantage at the top of the table, with Randle and Herta in second and third respectively.

Following a difficult weekend for Fortec's Reddy, compromised by lack of running dropped to 12th in the overall standings with 110 points.

Vaidyanathan sits in 18th place with 69 points, six clear of Mahadik, who, in turn has 11 more points than Rabindra.

Silverstone BF3: Leist and Sowery take wins in rain-shortened round