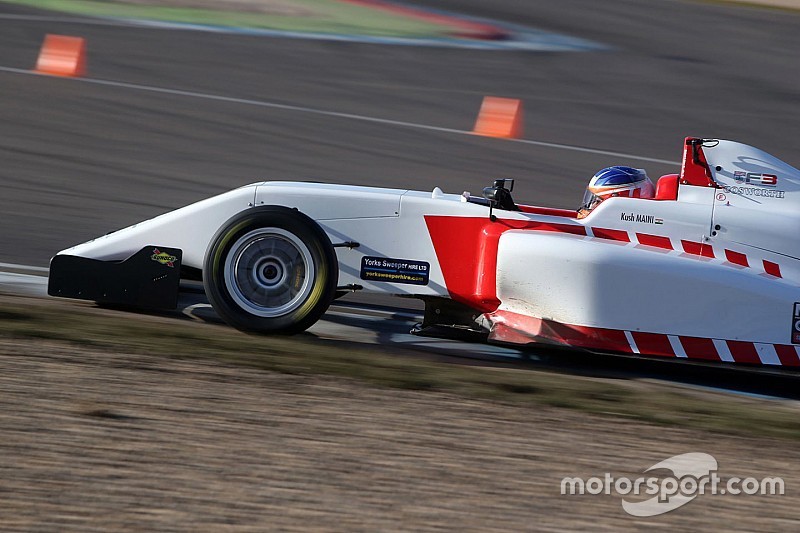 Kush Maini finished on the podium in the opening race of the Snetterton British F3 round on Saturday.

Maini qualified third on the grid for the opener, missing out on a front-row start by just 0.002s.

He made a decent getaway from his grid spot and ran within two seconds of the leading duo for much of the race, before settling down to consolidate position.

When Lundqvist ran into an unknown issue on lap 9, Maini pounced on the opportunity to finish second and 4.684s behind race winner Kjaergaard.

It was Lanan Racing driver’s third podium of the season - and the results propels him to third position in the drivers’ championship,

"It was getting harder and harder at Hamilton corner as the race went on, and it was getting tricky as the tyres overheated," he said.

"Second place is a good haul of points and if we keep gathering points like this we will be challenging for the championship at the end of the year.

"Towards the end it was getting really tricky and I almost went off a couple of times, so I'm happy with second place today."

The 17-year-old trails Kjaergaard and Lundqvist, who are level on points at the top of the standings, by 38 points heading into the weekend’s second race on Sunday.

Meanwhile, Krishnaraj Mahadik continues to hold sixth place in the standings after finishing 10th in Race 1.