Former Australian enduro and motocross champion, Ian Cunningham, has passed away following a car accident on Easter Sunday. The 30-year-old Goulburn (NSW) resident, the brother of another well-known Cunningham, Jamie, was on his way home after ...

The 30-year-old Goulburn (NSW) resident, the brother of another well-known Cunningham, Jamie, was on his way home after competing in last weekend's Condo 750 rally in central NSW.

Ian was a well-known figure in Australian racing circles since the 1990s, clinching the national 500cc motocross title in 1997, before finishing on the podium again three years later.

But it was in the bush where Ian really excelled, claiming three successive victories in the Australian Four-Day Enduro from 1999-2001.

Motorcycling Australia sends its deepest sympathies to Ian's family, and his countless friends and associates.

The funeral for the late Ian Cunningham will be held on Monday, April 24 at 2.00pm at St Saviour's Cathedral, Goulburn (NSW). 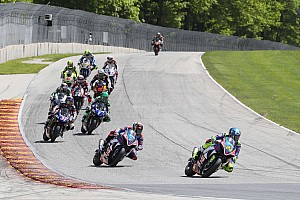