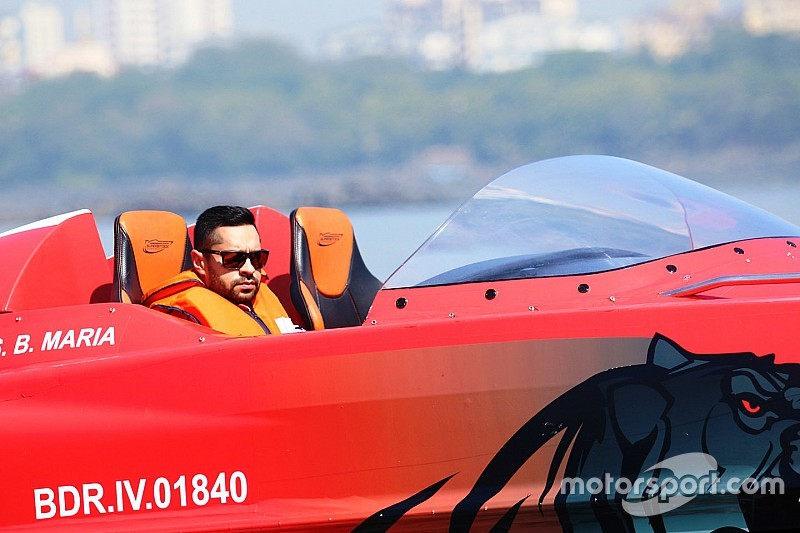 Top Indian rallyists Gaurav Gill and CS Santosh will headline the inaugural P1 Powerboat race in Mumbai next month, it has been announced.

Using Mumbai’s iconic Marine Drive as the backdrop, the race will feature 14 P1 Panther powerboats, each capable of churning out 250 bhp and reaching top speeds of 120 km/hr.

A temporary 5.2 km track will be built on the Arabian Sea to host the event, which will run from March 3-5. The weekend will comprise of three practice sessions, a qualifying and three races.

The event will be organised by P1 Global in partnership with Procam International, the company behind the annual Mumbai Marathon.

Santosh and Gill will represent India in the race, having received extensive training in the UK from seven-time world champion and three-time world speed record holder, Neil Holmes.

“We are delighted that the two of us [Santosh and Gill] have been chosen to champion Indian participation at this premier event,” Gill said.

“Rallying and Powerboat racing are both high-octane and highly skilled sports and I believe my experience with navigating in pressure situations will make me a strong contender on the weekend.”

Santosh added: “I have challenged myself in the toughest race on land, the Dakar Rally, and have now been training hard to test the challenges of the open seas.

“I am excited on being given the opportunity to demonstrate my abilities in speed in this new competitive powerboat racing series and look forward to the prospect of racing with highly experienced pilots.”