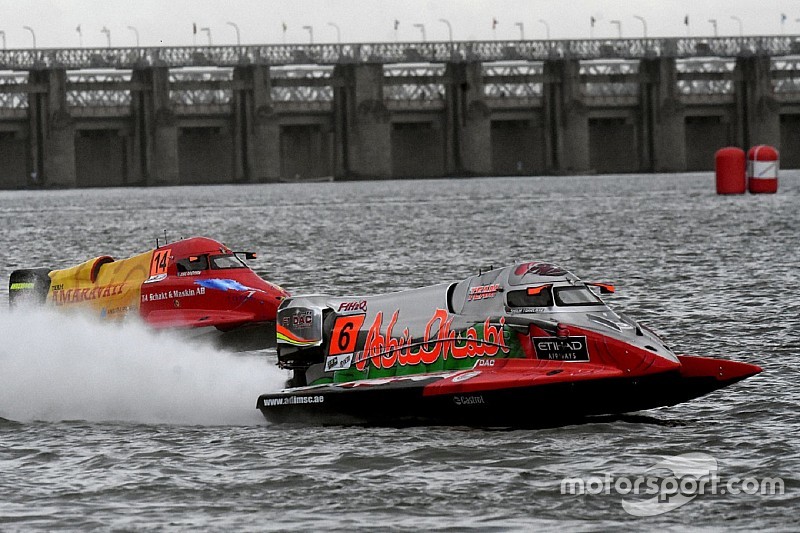 India successfully played host to a round of the F1H2O World Championship on River Krishna in Amaravati this weekend, marking the country’s return to the international powerboat racing calendar.

Nine teams and 19 drivers from all over the world took part in the F1H20 Grand Prix of India, with a team from Abu Dhabi taking top honours and Amaravati’s own squad finishing sixth.

There was drama on the opening lap when China’s Philippe Chiappe crashed at turn 1 and defending champion Alex Carella suffered an unrelated technical retirement, forcing the organisers to restart  the race from original positions.

Team Abu Dhabi’s Shaun Torrente got a clear run at the restart from pole but was never able to pull away from Emirates Racing’s Marit Stromoy, the two running incredibly close to each other during the 44-lap contest.

However, Torrente held his nerve to win by a thin margin of 2.17s, taking the lead of the championship.

“Marit did a wonderful job. She pushed so hard and I knew she would,” said Torrente. “I made two great starts and it was all about managing the race.

“For me it’s about winning the championship not just races. The goal is to be in this position after Sharjah. Our home race is next so we hope we can keep it going.”

Erik Stark finished just over three seconds behind the leading duo in third, making it a double podium finish for the Abu Dhabi team.

Team Amaravati’s Erik Edin put on a stellar performance in front of his outfit’s home crowd, charging up from 18th on the grid to finish sixth at the flag.

However, Jonas Andersson in the second of the Team Amaravati’s second entry was forced to retire from the race on lap 33 while running in fourth position.

The event received support from the state of Andhra Pradesh, with Chief Minister Chandrababu Naidu also present for the race.