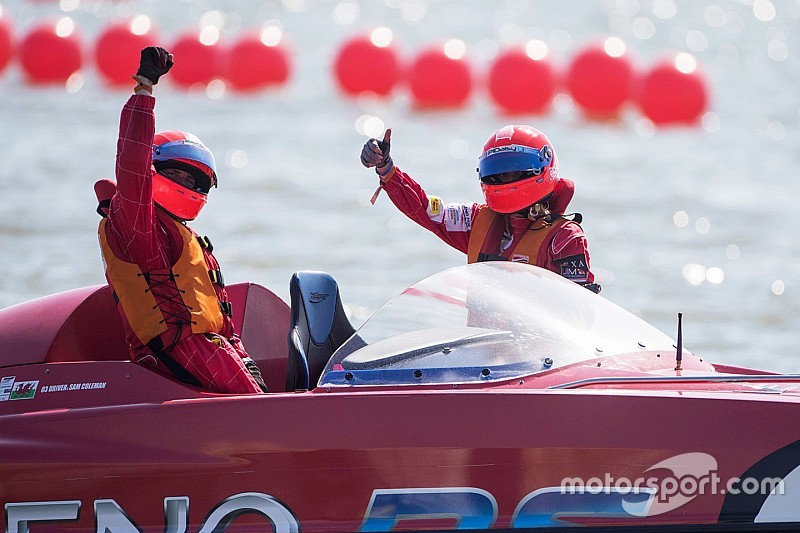 Sam and Daisy Coleman have been crowned champions in India’s inaugural P1 Powerboat race, while CS Santosh and Gaurav Gill finished ninth and tenth respectively in the Grand Finale on Sunday.

The #21 crew of Craig Wilson and navigator Williams Enrique finished second in the final race of the weekend, having dived down the inside of Marlins’ #99 powerboat at the start of the race.

Ultra Sharks’ Neil Jackson (navigator Jason Jackson) was also able to jump ahead to secure the final spot on the podium, with Stuart Cureton (navigator Sara Cureton) finishing fourth in the second of the Llyod Dolphins powerboat.

James Norvill and Christian Parsons-Young eventually finished fifth in the #99 Marlins powerboat, having started the race from second on the grid.

India’s sole Dakar finisher Santosh finished a strong ninth on his debut weekend in powerboat racing, while two-time APRC champion Gill slipped to 10th after starting inside the Top five.

The two outfits scored the same number of points (88), with the crown going towards the former on account of more wins.