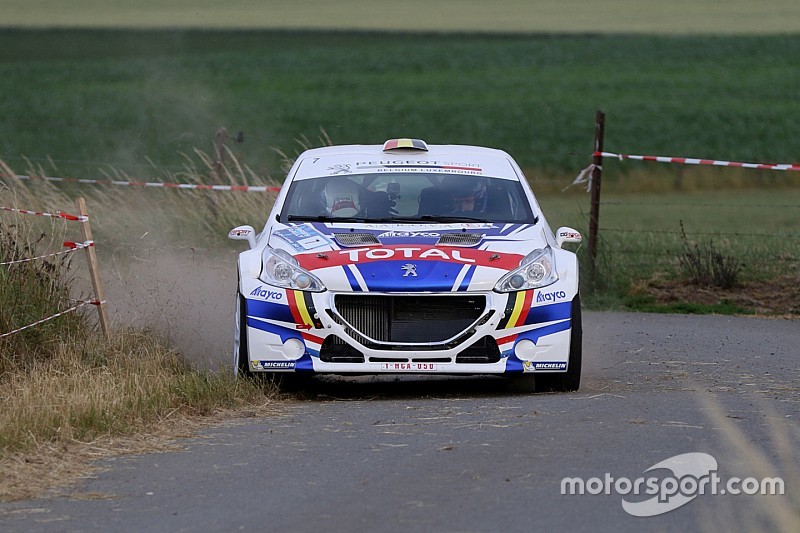 Ex-Hyundai World Rally Championship driver Kevin Abbring came out on top of an epic duel for Ypres Rally honours, after his former Hyundai WRC team-mate Thierry Neuville had crashed out.

Neuville, competing in the event with the backing of Hyundai Belgium, was the pacesetter until SS6 when he lost control of his i20 R5 on a layer of gravel coating the Ypres asphalt.

With the WRC driver out, it was left to Abbring – now campaigning a Peugeot 208 T16 R5 – and Bryan Bouffier to fight for honours over 160 miles of stages.

Bouffier had led the majority of the event in his Bernard Munster-run Skoda Fabia R5, before a 24.3s lead was erased, after the 2011 Monte Carlo Rally leader slid wide and visited a ditch, dropping time to Abbring.

Bouffier closed back in, but a strong final loop of three stages gave Dutchman Abbring the honours by eight seconds, this year with Belgian champion and Ypres winner Peter Tsjoen switching driving for pacenotes to partner Abbring.

The win also gave Abbring maximum Belgian Rally Championship points, followed by third overall driver on the event, Bernd Casier, who steered his car to third overall and second in the Belgian Championship. The result was also enough to give him the Tour European Rally Series win.

Many of his fellow drivers crashed out, including points leader Fredrik Ahlin. Osian Pryce now leads the series by seven points over Ahlin.