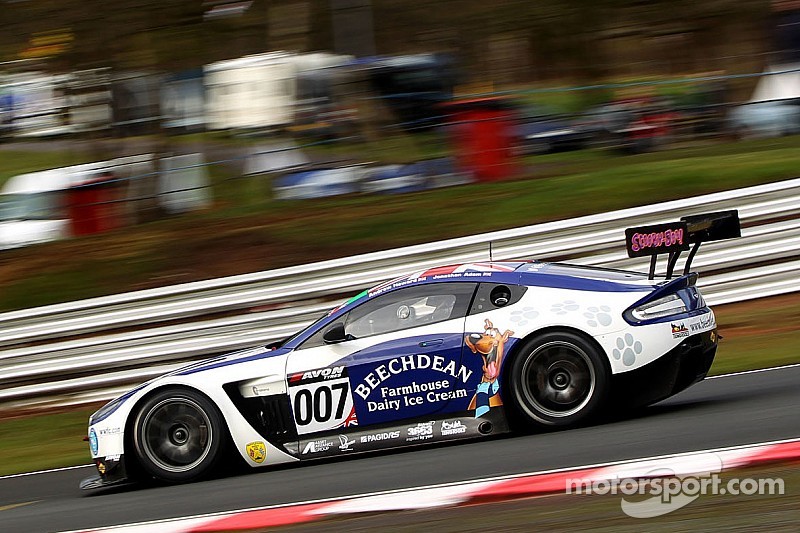 Adam Carroll’s FF Corse Ferrari 458 looked like challenging late on with a quickest first sector, but the Ulsterman was unable to topple Adam, the former A1GP champion forced to settle for second place ahead of the BMW Z4s of Phil Keen and Alexander Sims.

In the session for amateur drivers, it was another ex-BTCC driver who was quickest, as Griffin set a pace three tenths clear of his nearest rival Gary Eastwood (FF Corse Ferrari) to take pole position for himself and team-mate Butcher in the opening race.

In the GT4 class, Luke Davenport’s Ginetta G55 went quickest in the Pro session to secure race two class pole for himself and Tolman Motorsport team-mate David Pattison, while Lotus Evora driver Oz Yusuf was the quickest of the amateurs, giving himself and Gavan Kershaw the top GT4 grid slot for the opening race.