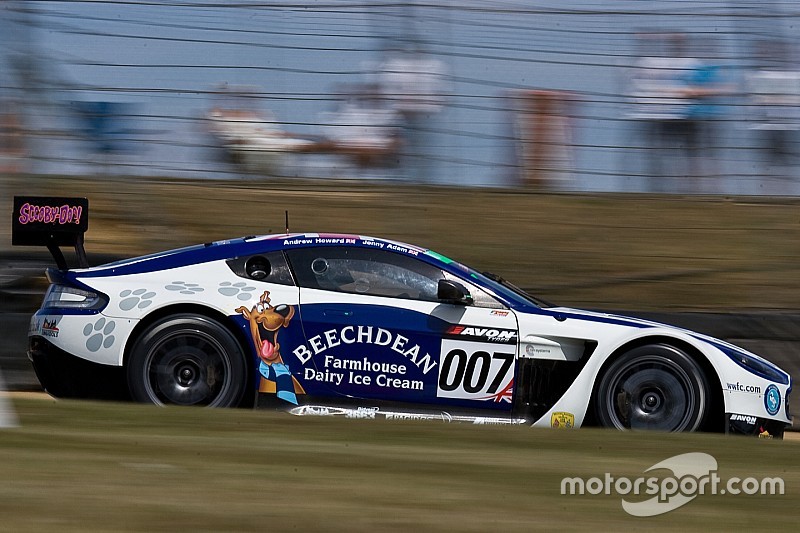 Beechdean duo Jonathan Adam and Andrew Howard mastered the rainy conditions in race two at Snetterton to set up a close GT3 title showdown for the Donington finale.

With Adam and Howard scoring full points, the Ecurie Ecosse BMW of Alexander Sims / Marco Attard was involved in a collision and salvaged just one point, the pairing's solid lead in the GT3 standings evaporating in an instant.

While the first stint was run by PRO-class drivers, the wet track made for a much more chaotic start than in race one and saw two championship-calibre cars immediately hit trouble.

Sims ran wide at Montreal while battling for the lead and rejoined in the middle of the pack, only to be collected by the Aston of Rory Butcher, the latter going a lap down as a result.

Amidst the chaos, Adam took over in first and quickly established a gap, while Phil Keen fought through to second place.

Adam had taken the lead to almost 16 seconds by the time he handed it over to Howard, but Keen's teammate Jon Minshaw began to make inroads from early on in his stint.

But as the rain got heavier and heavier, Minshaw ran out of time to catch Howard when the race red-flagged and quickly called for good with 11 minutes to go.

Jon Barnes and Mark Farmer stayed out of trouble to secure their first podium in the series for 22GT, with Rick Parfitt / Ryan Ratcliffe and Lee Mowle / Joe Osborne completing the top five.

The Sims / Marco Attard pairing recovered to pick up a solitary point in tenth, but have seen their lead in the standings slashed to a meager two points heading into the Donington finale.

After an early exit in race one, Fulvio Mussi and Jamie Stanley scored a win for Fox Motorsport's Ginetta in a hectic GT4 showdown.

Beechdean duo Jamie Chadwick and Ross Gunn missed out on a podium due to red flag countback, but secured the class title early as nearest rivals Osman Yusuf and Gavan Kershaw endured a troubled run.

Gunn and Chadwick became the youngest pairing to take the British GT title, the latter also recording her name in history as the first woman to do so.

Griffin and Butcher ease to victory in first Snetterton race