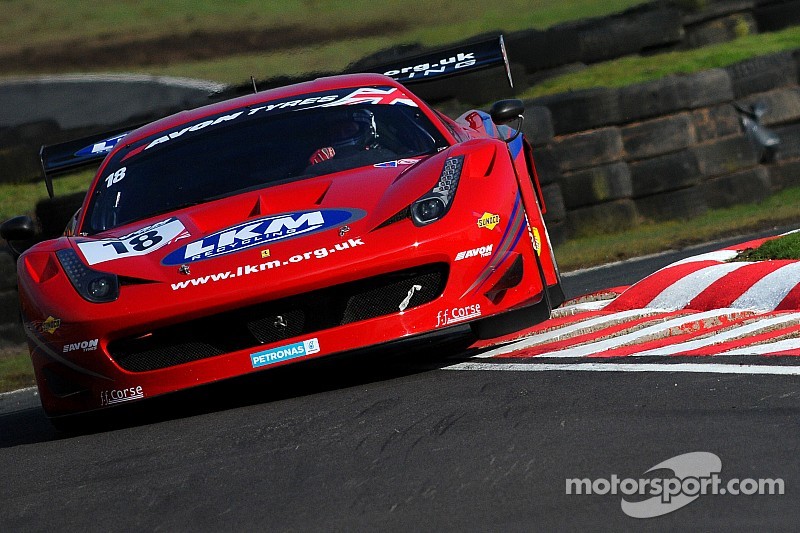 Adam Carroll survived a late assault from Rory Butcher and Joe Osborne to take victory in the first British GT race of the season for himself and FF Corse team-mate Gary Eastwood at Oulton Park.

Taking advantage of a lengthy Safety Car period that co-incided with the pit window, Carroll jumped ahead of the Aston Martin Vantage of Butcher and Liam Griffin after taking over Gary Eastwood's Ferrari 458, and had enough in hand during the closing stages to repel the advances of his rivals.

Osborne seemed to be on the cusp of challenging Carroll after passing Butcher for second, but the Triple Eight-run BMW was held up in lapped traffic with only a couple of laps to go, dropping to third behind Butcher's Aston Martin Vantage.

Vaulting from ninth to third, Osborne, taking over from Lee Mowle, was the biggest winner of the mid-race shuffling of the pack that occurred under the mid-race caution period - caused by an accident involving the Aston Martins of Andrew Howard and Ahmad Al Harthy, both of which were running in the top five, that occured while the pair were trying to negotiate the lapped McLaren 650S of Salih Yoluc.

The Turkish driver's sluggishness in getting out of the way of the leaders allowed polesitter Griffin to establish a sizeable lead, only for his advantage to be negated by the Safety Car before the Oman Racing Team car dropped behind the Carroll/Eastwood Ferrari during the stops.

In a dismal race for the VonRyan team, the sister 650S of McLaren juniors Ross Wylie and Andrew Watson ended up the barriers at Island shortly after Watson had moved up to second at Eastwood's expense in the opening laps.

GT4 class honours fell to the Ginetta G55 of Graham Johnson and Mike Robinson, after the Ginetta of James Birch and Aleksander Schjerpen was handed a penalty for a pitstop violation. 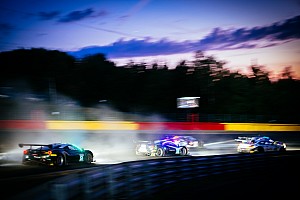 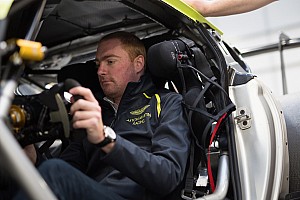 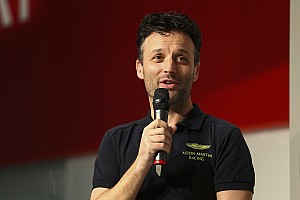 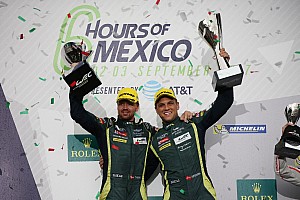 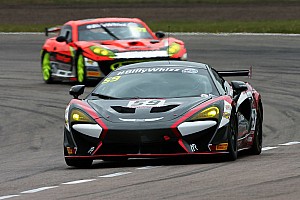