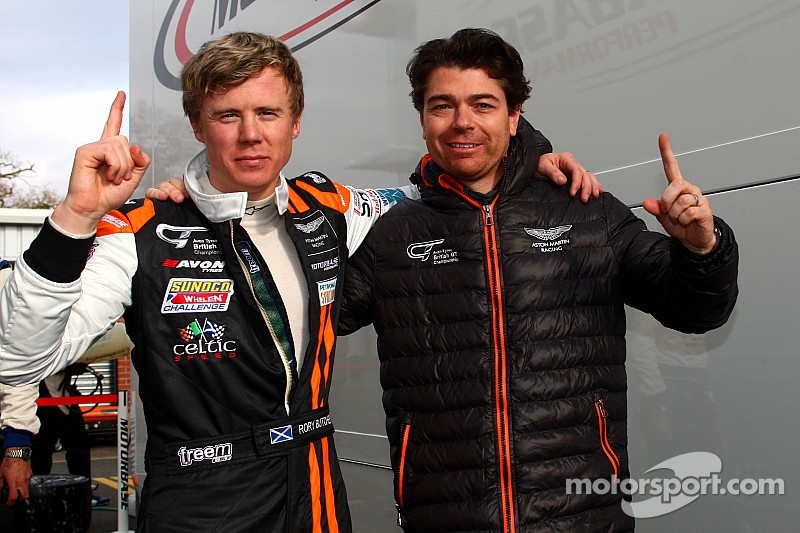 Adam Carroll and Gary Eastwood have lost their victory in the British GT opener at Oulton Park, after an appeal by the second-placed team was upheld.

Oman Racing Team drivers Liam Griffin and Rory Butcher have been promoted to winners of round one following a successful appeal by the squad.

Stewards agreed that Butcher’s Aston Martin Vantage GT3 had been blocked in the pitlane by Carroll’s FF Corse Ferrari 458 Italia, as the Aston attempted to exit the pits during the mandatory stop cycle.

Carroll and co-driver Gary Eastwood – who took the lead during the pitstops – thus drop to second overall, with Griffin and Butcher inheriting the victory.