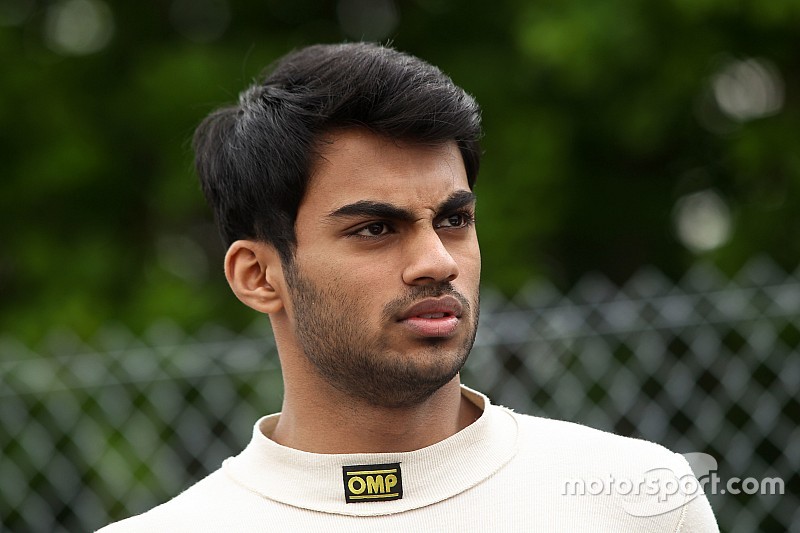 Indian driver Akhil Rabindra has joined the McLaren GT's driver academy for the 2017 season and will compete in the British GT for the Garage 59 outfit.

The 20-year-old will race in the GT4 category partnering with Scottish karting champion Dean Macdonald, both making their championship debut this season.

The move from Rabindra to British GT comes on the back of two years of competing in the British single-seater championship, the BRDC Formula 4 (2015) and subsequently Formula 3 (2016).

Prior to his European outing, Rabindra has been racing in the JK Tyre-backed Indian Formula BMW series. He also competed in few rounds of the Formula Masters China (2014).

This will be Rabindra's second foray into closed-wheel racing after having competed in the one-make Toyota Etios series in 2013.

The Indo-Scottish pair will drive a factory-backed 570S GT4 along side the duo of Ciaran Haggerty and Sandy Mitchell, who are continuing with the Black Bull squad for their second season.

“We are delighted to have Sandy and Ciaran back for 2017 and looking to hit the ground running and build upon the successes they had last year,” said Team Manager, Bas Leinders.

“The experience of the car, the circuits and the championship will help them support the development and transition in to GT racing of their new team-mates – as we saw with them supported by Factory Driver Rob Bell last season.

“It’s also an exciting chapter for the team with Black Bull coming onboard as title sponsor and seeing Advance Construction return to support Ciaran and Dean.

"With the experience running with the McLaren 570S GT4 last year, we are in a strong position going into the new season, and hope to be challenging for podiums and race wins again in 2017."

Rabindra and Macdonald will takeover the #59 McLaren, while teammates Haggerty and Mitchell will contest in the #100 Black Bull-liveried machinery.

Along with Rabindra, the remaining three drivers have also been added in the McLaren GT Driver Academy programme for 2017.

The new season will kick off during the April 15-17 weekend at Oulton Park and will end at Donington Park in September, with a total of seven rounds in the year.