Alexander Sims laid down the gauntlet with a lap four tenths of a second clear of the field to earn pole for the third round of the British GT championship at Rockingham. 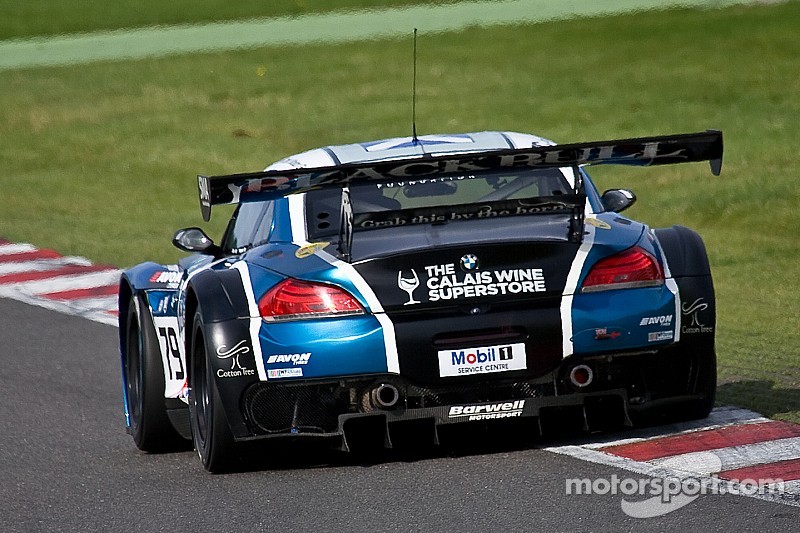 One of only two drivers to get under the 1m23s barrier, Sims and defending champion Marco Attard combined to set an aggregate time of 2m46.786s in their Ecurie Ecosse BMW, with Beechdean Aston Martin pair Jonathan Adam and Andrew Howard completing the front row for Sunday’s two-hour race.

On his return to the circuit where he won in the Ginetta GT4 SuperCup last year, Northern Irishman Andrew Watson set the quickest lap during the Am session, but reigning GT4 champion Ross Wylie was unable to match his pace and will start seventh, ahead of Von Ryan McLaren teammates Euan Hankey and Salih Yoluc.

Having saved up their tyres during practice, last year’s Rockingham winners FF Corse (Adam Carroll/Gary Eastwood) will be disappointed with 11th on the grid, while Joe Osborne and Lee Mowle fared only marginally better with the same strategy in ninth. However, with rain forecast tomorrow, both squads will be confident of making progress.

Fresh from winning the Dunlop 24 Hour race at Silverstone last weekend, Jamie Chadwick and Ross Gunn dominated in the GT4 class with an aggregate time 1.3s faster than the Toyota GT86 of Stefan Hodgetts and Richard Williams.

How a BTCC veteran conquered the summit in British GT

Why a lost F1 hope is still in demand aged 65

Aston chief says GTE-Pro decider was “do or die” moment

Beechdean AMR ready for the ELMS start at Silverstone

How a BTCC veteran conquered the summit in British GT